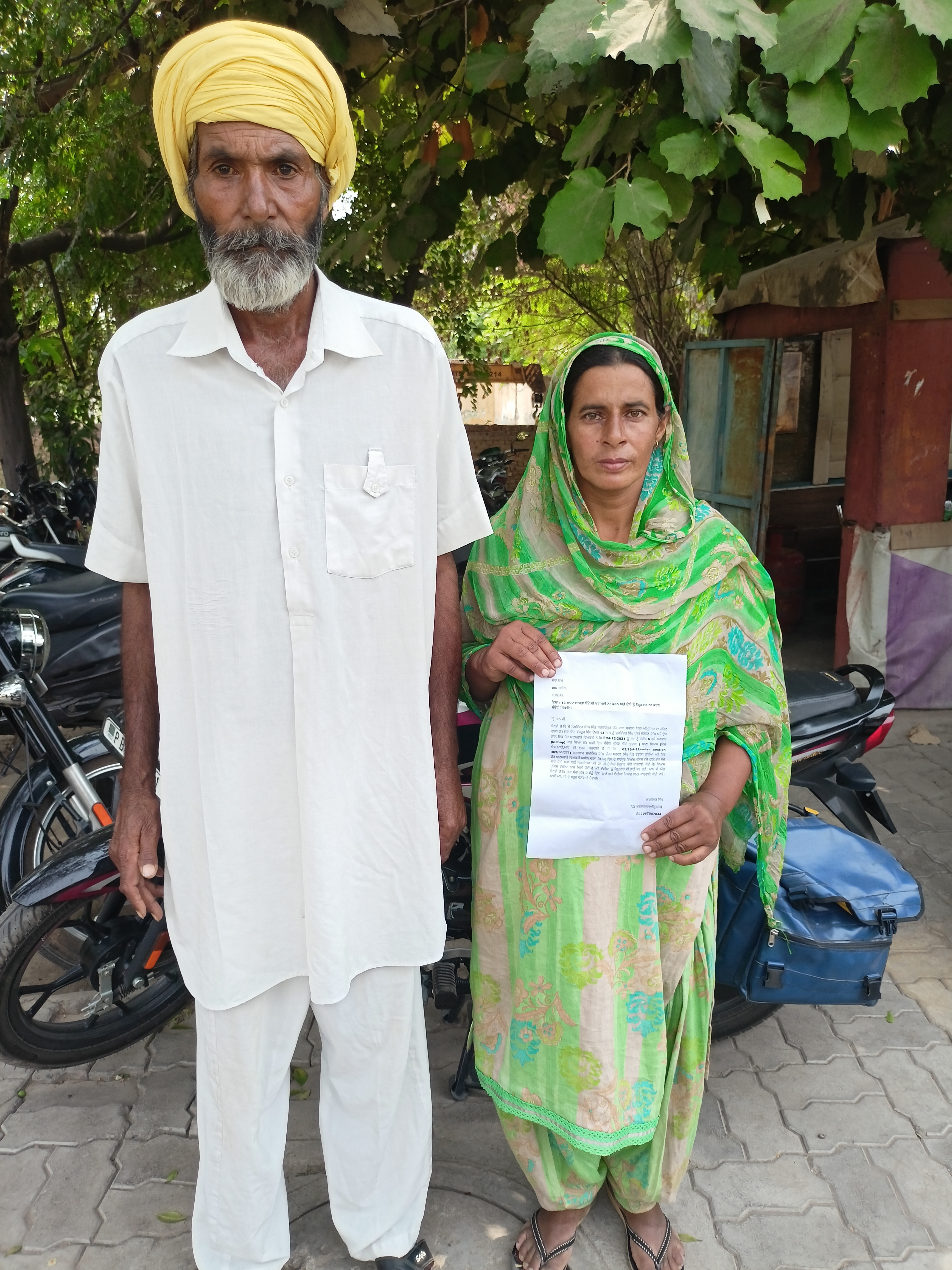 The kidnapped victim's parents outside the office of SSP (Rural) on Friday.

Even after a lapse of five months, Beas police have failed to arrest suspects or trace the whereabouts of the kidnapped minor boy (12-year-old). Disappointed with the functioning of the police, the victim’s parents on Friday approached SSP, Amritsar (Rural), Swarndeep Singh seeking his intervention.

Taking a serious view of this, the SSP has appointed Deputy Superintendent of Police (crime against woman) Sukhwinder Singh Brar to look into the case. He asked him to submit a report to him in this regard.

The victim, identified as Vanshroop, went missing from his native village Kartarpur on December 23 and the family accused some relatives of his abduction. They lodged a complaint with Beas police in this regard. However, an FIR was registered four months after the incident after the victim’s family made rounds of the police station and approached senior police officials.

Among the suspects included Sukhwinder Singh, a relative of the family. The victim’s mother Kuldeep Kaur and her husband said Sukhwinder and his unidentified accomplice had taken the boy from the house and since then Vanshroop had not returned home.

Following a two-month probe, the police have now booked Sukhwinder for kidnapping the child. The family alleged that the sarpanch of the village was influencing police investigation in order to save the accused.

The family members alleged that a cop came to them a day before yesterday, got some papers signed, but they were not informed about the papers they signed.