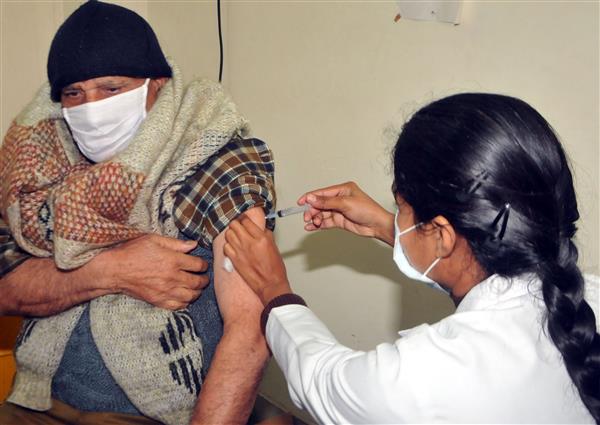 A health worker inoculates a man with a booster shot. Photo: Vishal Kumar

At least 50 employees, especially MBBS interns and Post Graduate (PG) students-cum-junior resident (JR) doctors at Government Medical College here, have been infected since the start of the recent surge in cases.

While there are chances of them acquiring the infection from patients, students contrarily claimed that their source of infection was their hostel mates as no arrangements for isolation of infected students were made in time. 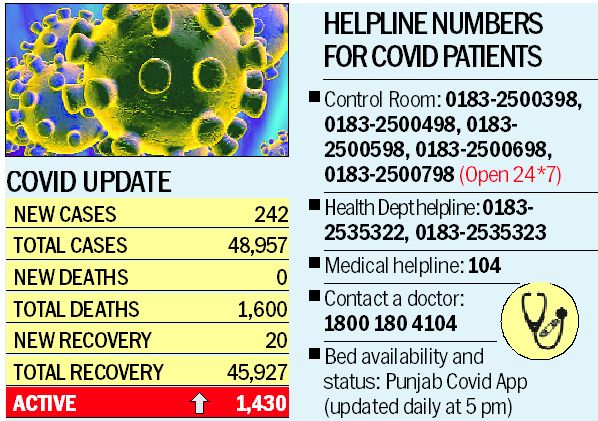 If sources are to be believed, the institute which is the tertiary care health centre for nearby districts, could be a potential major hotspot for Covid infections. However, at present, the administration has woken up and a few guesthouses on the campus, apart from a hostel, have been reserved for isolation of mildly infected interns and JRs.

“Separate arrangements were made after the students took up the issue with the authorities,” a leader of the junior resident doctors’ association said.

An official of the GMC said: “The action was taken as soon as the matter was brought to light.” He said earlier in the absence of any specific guidelines, no special arrangement was in place.

A hostel resident said: “No isolation, as is required under Covid guidelines, is possible in a hostel where inmates have to share washrooms, toilets and even the mess.” He said the reason of the infection could be due to weather conditions but even the mess staff had started showing symptoms similar to Covid infection.

Earlier last week, an outbreak of Covid infections was reported from Government Medical College in Patiala, after which the administration got the hostels vacated.

Amritsar: After 242 persons tested positive for Covid on Monday, the district tally increased to 48,957. Of these, 218 are new cases and 24 are contacts of positive patients. The district health authorities have also reported recovery of 20 patients, with which the total recovery count has increased to 45,927. The district at present has a total 1,430 active cases. Meanwhile, the district Health Department on Monday launched booster dose (precaution dose) for residents who have received two doses of the vaccine. As many as 545 residents were given the jab on Monday. Apart from this 5,371 residents received the first dose, while 6,921 residents the second dose. TNS