He taught for over 40 years at Guru Nanak Dev University and later was Chancellor’s nominee at Panjab University, Chandigarh 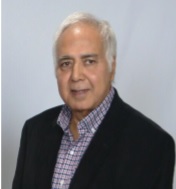 BL Chakoo, former professor of English and Dean of Languages at Guru Nanak Dev University, passed away on February 24. He was 75.

He was born and raised in a Kashmiri Pandit family in Srinagar.

Chakoo, who wrote books, essays and research papers, was a Fulbright fellow at Yale University and British Council scholar at Warwick University. He taught for over 40 years at Guru Nanak Dev University.

Later, as Chancellor’s nominee at Panjab University, Chandigarh, he worked with the university administration for close to a decade in selecting the academics as its faculty. He was a regular contributor to The Tribune for four decades.

He did literary research in eastern philosophies and more recently on the neuroplasticity of the human mind.

He is survived by wife and two sons. Many faculty and students from across the globe expressed their grievances at his death.