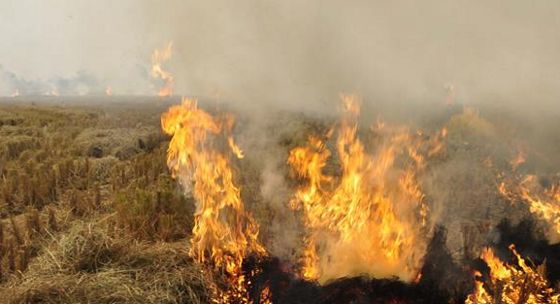 The district administration has asked the government employees to set an example for the farming community by not burning crop residue in the fields owned by them.

The Deputy Commissioner has also asked the SDMs to inspect the areas from where stubble burning is reported. Officials have also been asked to ensure that a red entry is marked in the revenue record of such farmers. The violators would not get benefit of any government scheme, warned the Deputy Commissioner.

Sudan said a campaign to encourage farmers to adopt alternate management of crop residue would be started in the next few days. He exhorted the government employees to be part of the campaign and help the government in checking the practice.

The DC said individual farmers and farmer groups had been provided machines for the management of the crop residue on subsidy. He said the farmers could use these machines instead of burning paddy residue.