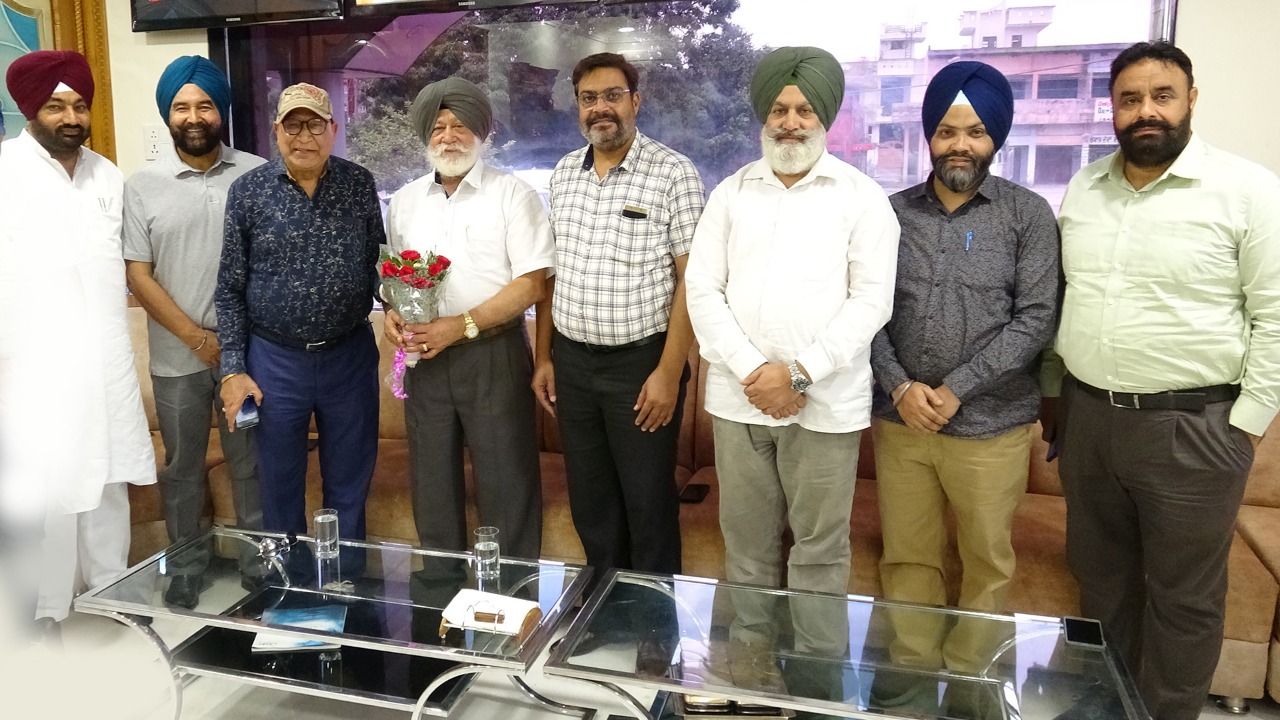 On Wednesday, Dubai NRI billionaire Dr Surinder Pal Singh Oberoi surprised locals by paying a visit to Gurdaspur and listening to their problems. Accompanied by Batala-based surgeon Dr Satnam Singh Nijjar, Oberoi was in the city to scout for land where he wants to set up his dialysis lab which will be operated on a-profit basis. Later, he had tea at prominent realtor Manjit Singh Dala’s office. The businessman was also felicitated by Deputy Commissioner (DC) Mohammad Ishfaq, keeping in view his “tremendous help to the lower strata of society.” It is a known fact that Oberoi donates 98 per cent of his total earnings to charity particularly in the field of health and education. It was in 2010 that he shot to prominence when he paid blood money running into millions of dollars to the relatives of a Pakistan youth, Mishri Khan, who was killed by some Punjabis in Dubai in a turf war over selling of hooch. During Covid, he operated free-of-charge flights from Dubai to Amritsar for Punjabis who were stranded in the UAE after losing their jobs. So much so, he had set up counters in Dubai to ensure that people, irrespective of the fact whether they were Punjabis or not, could fly back home to India after they got unemployed in the Covid-induced recession. Interestingly, during his Gurdaspur sojourn, a poor man approached him with a plea that his wife had eloped leaving his two children — Mayank Bawa and Ritika Bawa — to fend for themselves. Oberoi was quick to announce that his charitable organisation, ‘Sarbat-Da-Bhala’ would incur all their educational expenses till Class XII. Needless to say, the father of the kids was as happy as a lark. Renowned film producer Mahesh Bhatt is directing a biopic on Oberoi which will have Ajay Devgn in the lead role. Also present on the occasion was Romesh Mahajan, who runs a de-addiction centre on the Gurdaspur-Babbehali road. The Dubai philanthropist assured Mahajan that he would visit the centre on his next visit which will be soon. Oberoi said he felt like he was a “complete man” after he indulged in charity particularly to the poor. “If you want happiness for a year. Inherit a fortune. If you want happiness for a lifetime, help someone else. To me, the heart is filled when the purse is emptied,” he quipped. The businessman’s motto seems to be — we make a living by what we get, but we make a life by what we give.

A little known social organisation — COHIP (Council of Heritage and International Peace) — is doing yeoman service in the field of environment these days. According to Kuljit Khokhar, a member of COHIP, the entity is a group of members from across the globe which believes cultural heritage is a common ground for dialogue and is instrumental in building world peace.

The council has been working as a non-profit organisation for the past 21 years. In Punjab, it has been active in the Sri-Hargobindpur-Kahnuwan-Batala stretch where it has planted saplings to ensure that “the ecological balance of the area is not disturbed in any way.” Khokhar says COHIP has planted hundreds of saplings and will plant more in the next few months. “Our organisation has organised seminars and conferences on peace, harmony and other social issues for the welfare of the people. It also organises food drives for needy people,” said Khokhar.

Every child is an artist

The Gurdaspur District Child Welfare Council recently organised a painting competition for poor children in the age group of six to 16 years under the supervision of the council’s secretary Romesh Mahajan. Some of the works displayed by the kids were really impressive. The council has now decided to hold such competitions every week where poor children can get a chance to display their talent. Of particular interest were the children of rag-pickers. “Every child is an artist. The problem is how we retain his artistic talents when he or she grows up,” said Mahajan.