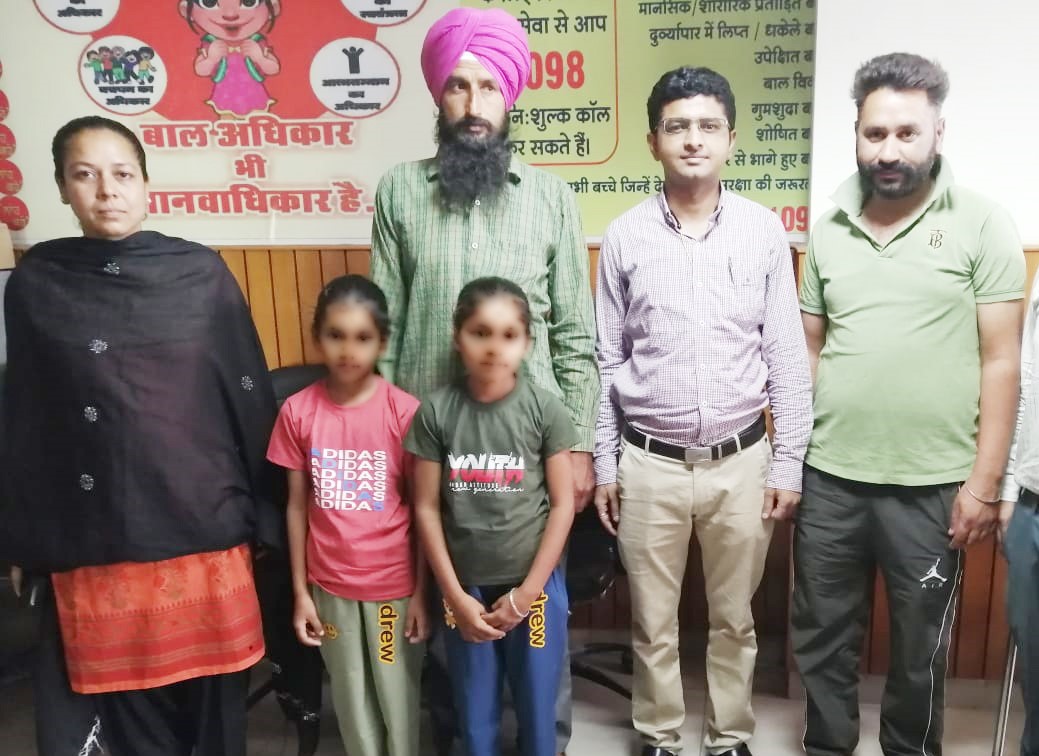 The kids who were sent to a 'Bal Ghar' by the District Child Security Unit of the Department of Social Security and Development of Women and Children. Photo by writer

The District Child Security Unit of the Department of Social Security and Development of Women and Children is doing a remarkable job by assuring secure life for deserving hapless children also during the Covid pandemic. Recently, the unit sent two children to the “Bal Ghar” where they would stay up to the age of 18 years. The father of these two children had died and their mother left the home and went to some unknown place. The unit came to know about the kids from the child helpline no. 1098 and sent the kids to “Bal Ghar”. The district children security unit and the children welfare society always resolve the issues brought to their notice at the earliest. They come to the aid of children who face hardships and other issues such as food insecurity. During the lockdown period, the department did much to ensure regular study of kids, supply of ration etc. to the deserving children. The district authorities of the department extended help to 64 children with single parent and three Covid victim children. These children are covered under different schemes of the Centre and the state government which include Rs 1,500 monthly pension, Rs 50,000 ex-gratia, Rs 5 lakh under the Sarbat Health Insurance Scheme, ration, Ashirvad scheme etc. Theree orphan children had been given Rs 10 lakh from the Prime Minister Care Fund for Children besides, free school education. District Child Security Officer Rajesh Kumar said “Bal Ghar” was the need of the hour for the district as such problems come to the notice of the department.

Various policies of the Centre and the state government to educate all sections of the society proved to be of no use to residents of Muradpur locality of Tarn Taran town, also called as “Jhugian Wale”. Salwinder Singh (28), Deep (22), Vicky (20), Vanjara (14) and others of the locality were among many others who have never visited a school. Different schemes of the state and the Centre such as Each one teach one, Sarav Sikhia Abhiyan, Rashtriya Madhyamik Shiksha Abhiyan and recently introduced Samagra Sikhsa Abhiyan etc. have proved of no use for this section. There are over 500 families of this community living at different places in the town. Salwinder and others said study had never come in their luck as their main task had been to earn something to run their daily expenditure. Some of these families are residing in the land of the Northern Railway and have always been under a threat as the Railway Department often tries to dislocate them to get the land vacated for different schemes of the Railway. (Bibi) Kanti (55), who is a leader of the families, said she was in her childhood when these “Safaida” trees were planted and sine then no one of the locality had went to school for education. She said with the change of circumstances, few children had started going to school a year back and added that the government had never thought of providing them with basic amenities. She said residents of the locality go for natural call in the open in nearby cover of elephant grass where addict are often seen taking drugs. She demanded that the residents be given houses and a school be opened for their kids. Some of these families were living on the roadsides at the National Highway No. 54 and at other places in the town.

The Forest Department was much perturbed over the theft of trees from a common land particularly from the sides of rivers, canals and other land belonging to the distributor system of canal water. There are reports that persons indulging in distillation of illegal liquor in the Mand area use trees for the illegal work as firewood. The police had registered a case of tree theft recently. Rayya branch Range Officer Sunil Kumar said during the past four months, 18 full grown trees from the sides of the Sabhra Branch Canal (SBC) near Fazalpur–Mianwind villages had been stolen. He said tree stealing was a routine work and the Forest Department had often complained to the police regarding this. It was a well known fact that the Mand area, the interior portion of the Beas and Sutlej, where distillation of illegal liquor was easy under the cover of elephant grass and trees of the department, were used for the work .Trees were stolen mostly at the night. Illegal liquor was supplied to different parts of the state from the area. The section indulging in this work covers miles of route on foot to dodge the police and other forces.