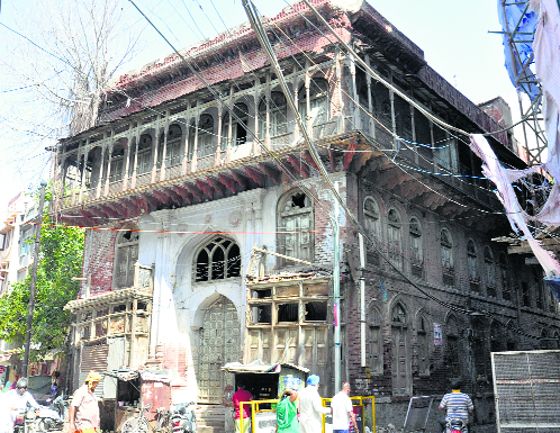 A locked decaying dharamshala. It seems not much has been thought about its conservation and restoration in the walled city.

Founded by Guru Ramdas in 1577, the holy city of Amritsar is known for its glorious past and exquisite architecture. Tribune correspondent Neeraj Bagga and lensman Sunil Kumar take a quick trip to the city to know the state of historic structures.

Amritsar is fast losing its old charm and architecture. The fast-paced modernisation has compelled people to move on to newer places, leaving behind the rich architectural heritage and historical buildings, which is mostly located in the walled city. 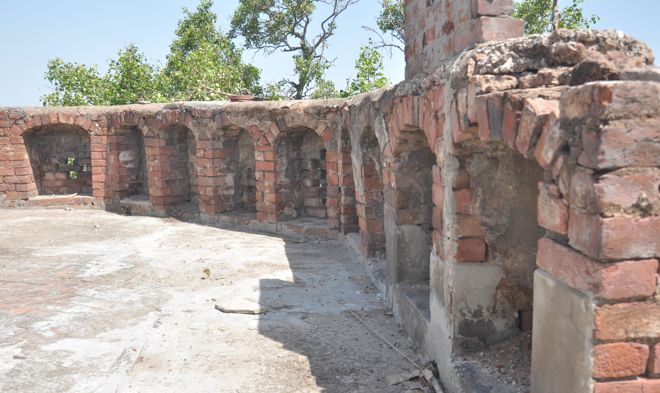 Situated in the vicinity of the Golden Temple, several old and dilapidated structures are on the verge of falling apart. It seems not much has been thought about their conservation and restoration. A locked decaying dharamshala stands testimony to this. Close to it is the damaged and abandoned building which used to house a branch of the Central Bank of India. Not far away from the Golden Temple Post Office, the structure still has a statue standing above its entrance greeting the visitors. Next to the structure is Ram Gali. It houses a massive old building, which is in a ramshackle condition, but ornate windows and woodwork give onlookers a glimpse into the holy city’s rich architectural past.

Established during the rule of Maharaja Ranjit Singh, Veer Bhan Da Shivala stands testimony to that egalitarian reign; so much so that a view of his royal court was painted on a wall of the Shivala’s sanctum sanctorum. However, in the absence of any efforts to preserve the rich legacy, frescoes of the Shivala have wreaked havoc on its wall paintings, which are fast fading away. More than half of the frescoes over a small temple inside the Shivala have been painted white in colour.

At Taksal Chowk, there are no remains of Maharaja Ranjit Singh’s mint, but a beautifully raised structure of a temple. Thakurdwara Dariana Mal is another remarkable building which provides a peek into the glorious past to tourists. Its entrance is marked with intricate wooden carving which is difficult to find these days.

Qila Ahluwalia is a fine example of a restored heritage. Dating back to the Sikh Misl’s period, it has been taken good care of by the government. Its historic wells, wood-covered ceiling in the staircase, arch-shaped entrance have been well preserved. Concerted efforts have infused a new lease of life into its façade, which stands out due to the extensive wood work.