Mayor throws ball in court of Archaeological Survey of India 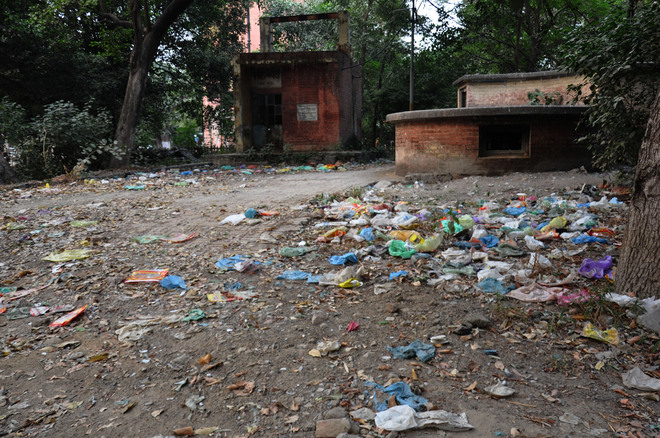 Residents of the holy city are peeved over pathetic condition of the historic Ram Bagh popularly known as Company Bagh. Located right in the heart of the city, Ram Bagh is crying for attention while custodians of the heritage structure have turned a blind eye towards wild growth and heaps of garbage.

The sprawling complex of the heritage garden is a favourite among health freaks. “Ram Bagh was a summer abode of Maharaja Ranjit Singh and later turned into resting place by Britishers. It is now crying for attention. It presents a picture of neglect with heaps of garbage scattered amid wild grass when someone enters from Madan Mohal Malviya road,” said Anil Vinayak, a retired bank employee.

Another resident, Sandeep Sharma, pointed out that the area has become a safe haven for bad elements who roam freely due to the absence of regular patrolling by the police.

“The garden is maintained near Maharaja Ranjit Singh and Mahatama Gandhi’s statue while other part is totally neglected by the authorities concerned,” said Sharma and added that the garden has turned into a dump yard.

“It is ironical that under the Smart City Project, the Hall Gate and Circular Road outside the walled city are being given a heritage look, while the actual heritage structures are being deserted,” said Dr Suresh Kumar, a local resident.

Mayor Karamjit Singh Rintu said the part which had been neglected comes under the purview of the Archaeological Survey of India.

He said they had neither completed the conservation project nor handed over the same to the Municipal Corporation. “We face the backlash as a common man is not aware about this. The area which is under our jurisdiction is intact while the Archaeological Survey of India does not allow us to interfere in the area, which is under their purview. We will send a reminder to them,” he said.