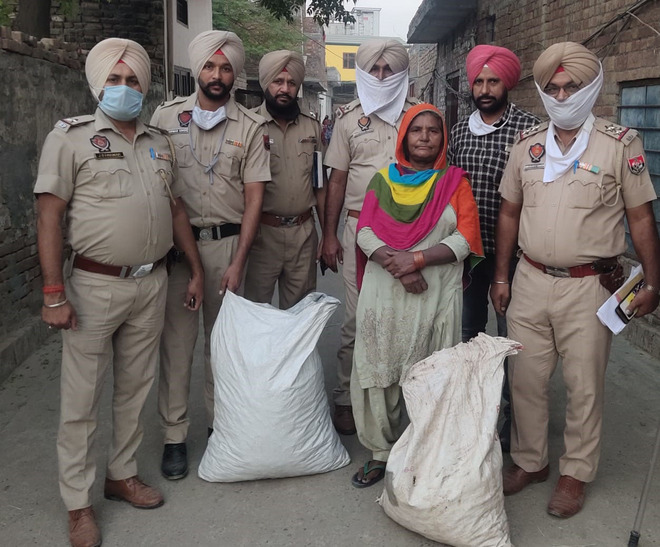 The police have seized a huge quantity of explosive material used for manufacturing crackers after conducting a raid in Anngarh area on the outskirts of the walled city.

The accused have been identified as Jaswinder Singh, alias Baba Jassa, Sonu and Piara Singh, all residents of Anngarh.

Cops recovered 2,000 firecrackers, thread bombs, 40-kg explosive powder, 1,400 wooden sticks, 1,000 empty iron shells of rockets, 500 pieces of cardboard and a wooden instrument from the residence of Jaswinder. Similarly, 410 thread bombs and 1,425 rockets were seized from the house of Piara.

Today the police raided two places and recovered around 15 kg of explosive along with over 100-kg chemical substance used for mixing and preparing firecrackers. The accused has been identified as Baldev Singh from Bhrariwal area near Anngarh, said Sukhbir Singh, SHO, Gate Hakima police station.

Around two weeks ago, the police had busted an illegal firecracker unit in the area. The police had booked Dharminder Singh alias Saba and Sarabjit Kaur under the Explosive Act. Around 350 rockets, a machine and 15-kg explosives were recovered from them during the raid, besides 100 sand pots for preparing crackers.

Besides bootlegging and drug addiction, the area has been infamous for manufacturing illegal crackers.

Cops recovered 2,000 firecrackers, thread bombs, 40-kg explosive powder, 1,400 wooden sticks, 1,000 empty iron shells of rockets, 50O pieces of cardboard and a wooden instrument from the residence of one of the accused. Similarly, 410 thread bombs and 1,425 rockets were seized from the house of second accused.