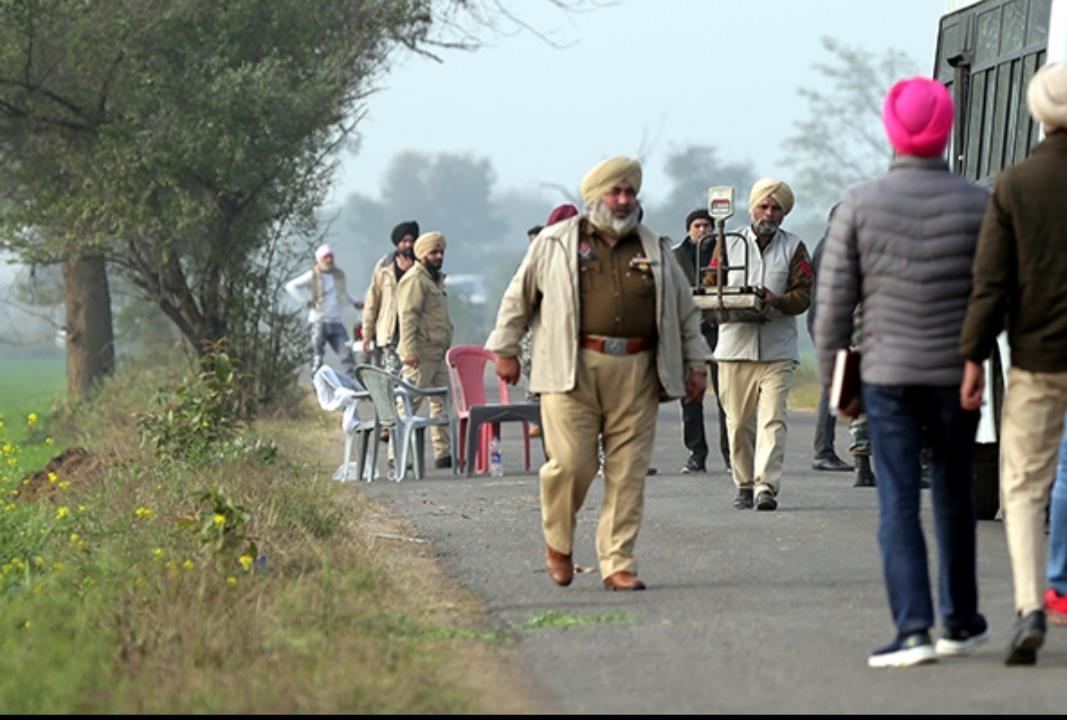 Cops at the spot in Dhanoe Kalan village, in Amritsar, where an IED was recovered on January 14. Tribune file

The Special Task Force of drugs has failed to make any breakthrough in the seizure of improvised explosive device (IED) recovered from near Dhanoe Khurd village located on the Attari-Bachiwind border village road here over a week ago.

The IED contained over 2.7-kg RDX along with 1.36-kg iron ball packed in three containers to enhance its potency. The seized IED was already assembled and it was just to plug in for explosion with a time window of over an hour.

Mohinish Chawla, IG, Border Range, said investigations were still under progress to identify sleeper cells involved in sneaking explosives to India for creating law and order problem, especially when the Republic Day and Assembly elections were round the corner.

According to sources privy to the investigations, the IED was smuggled into India with a drone. There was different module used in sneaking this IED (from Dhanoe Khurd village), while RDX seized from Gurdaspur on Friday was smuggled by another module.

The Gurdaspur police had confiscated 3.79-kg RDX along with a grenade launcher, two compatible grenades, nine electrical detonators and two sets of timer devices for IEDs. The seizure was made following interrogation of Malkeet Singh of Gazikot, who was arrested after intelligence inputs. The police had booked gangster Sukh Bikhariwal, who was deported from Malaysia along with Sukh Ghuman, Tharanjot Singh besides ISYF chief Lakhbir Singh Rode and fugitive gangster Arsh Dhalla in the case.

AIG STF Rashpal Ghuman said the probe was on to identify the terror module and sleeper cell who were to retrieve the IED from Dhanoe Khurd village.

Earlier, Rode’s name had prominently figured during investigations of terror modules recently busted by the Punjab Police. The police official had claimed that ISI-backed anti-national elements had pushed in large amount of explosives including RDX, IEDs, hand grenades and firearms besides narcotics using drones to create trouble and disrupt peaceful atmosphere in Punjab and other parts of the country.