If Covid situation improves, events to be reorganised: SGPC chief 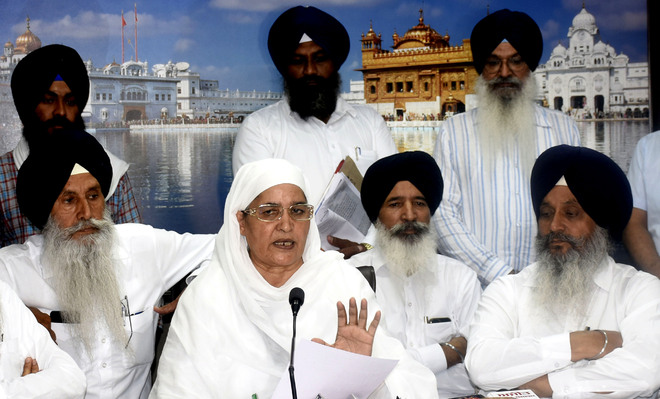 The events would be organised in Punjab as well as other states of the country.

SGPC chief Bibi Jagir Kaur said due to the pandemic, the events related to the 400th Parkash Purb of the ninth Sikh Guru were conducted with limitations and it has been decided that if the situation becomes favourable, the deferred events would be organised again.

She said the EC has decided to open stores of generic medicines along with laboratories at historic gurdwaras under the management of SGPC. She said earlier it was decided to open such a store and laboratory at Darbar Sahib and preparations of the same were being done.

In a boost to provide free education (higher) along with hostel facility to Amritdhari (initiated) Sikh girls at Mata Sahib Kaur Girls College and Collegiate Senior Secondary School, Talwandi Sabo, Damdama Sahib, the SGPC has decided increase the number of students from 200 to 400.

“These girls will be provided hostel facility along with food. The SGPC will also give a scholarship of Rs 30,000 to Amritdhari students taking admission in engineering colleges,” said Bibi Jagir.

“So far, the SGPC has spent around Rs1.75 crore to combat the pandemic,” she said.

She said the SGPC would soon construct new Sarais to extend the accommodation facility for pilgrims.

“New rooms will be constructed at Guru Ramdas Sarai, but exterior will stay intact. Many Sikhs were martyred in Guru Ramdas Sarai during the June 1984 holocaust and their names will be inscribed to commemorate them. Moreover, rooms of all the other sarais in the complex, including Mata Ganga Niwas, Guru Hargobind Niwas and Guru Arjan Dev Niwas will also be renovated,” she said.