Illegal manufacturing of fireworks: One arrested with 5,600 crackers : The Tribune India

Four persons have been held in past 8 days 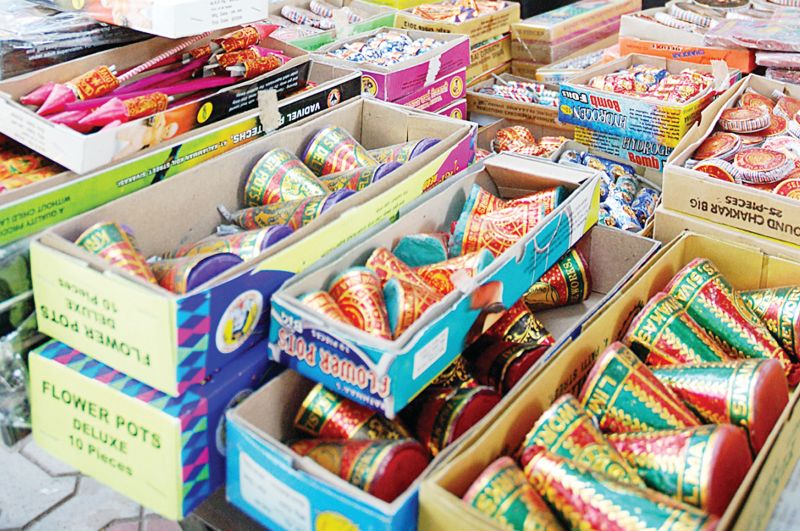 The police arrested a person for allegedly indulging in illegal manufacturing of firecrackers in the Anngarh area here on Friday.

The police arrested a person for allegedly indulging in illegal manufacturing of firecrackers in the Anngarh area here on Friday.

He was identified as Sarabjit Singh, alias Sabhaa, of Fakir Singh Colony. The police have confiscated huge quantity of firecrackers from him.

With the festival season approaching, miscreants have started manufacturing firecrackers illegally in Anngarh and its adjoining areas. Since past eight days, the police have arrested four persons for the same.

ASI Harjinder Singh said the police seized over 5,600 firecrackers, including rockets and bombs, besides 1,000 iron shells used for manufacturing rockets. He said Sarabjit was held following a tip-off. A case under Section 9-B of the Explosives Act was registered against him in this connection.

He was later released on bail.

On Thursday, the police arrested Jaswinder Singh, alias Baba, of Anngarh with around 2,000 crackers while on Wednesday, Amardeep Singh of Fateh Singh Colony was nabbed with over 10,200 crackers. Similarly, on September 16, Sahib Singh, alias Saba, of Aman Avenue was held with 1,000 plastic shells for preparing rocket crackers, 150 shells filled with gun powder and two sets of firecrackers.