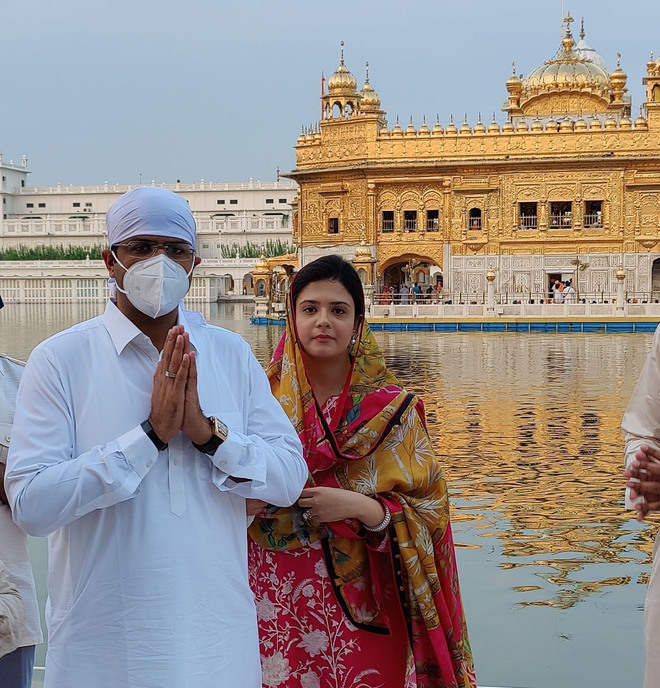 Dushyant Chautala and his wife at the Golden Temple.

Chautala was in the city today, along with his wife Meghna and youth leader Digvijay Singh Chautala, to pay obeisance at the Golden Temple. He said the Supreme Court’s two-year-old verdict on the SYL issue should be implemented. Regarding the declining ground water levels, he said water flowing from India to Pakistan should be put to good use and fulfill the needs of our states.

On liquor smuggling, Chautala said the Haryana Government had been taking strong steps to curb it. Whenever a complaint is received in this regard, strict and immediate action is taken. More than 1,250 FIRs have been registered during the lockdown, he added. — TNS