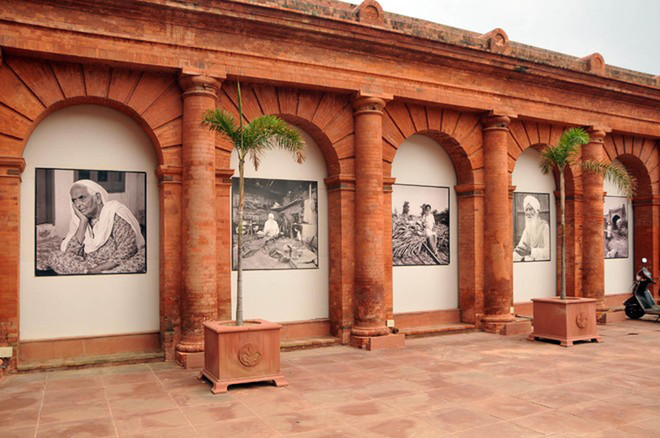 A view of Partition Museum in Amritsar. Tribune photo

The Partition Museum in Amritsar has won the Best Wider World Tourism Project award at the British Guild of Travel Writers International Tourism (BGTW) Awards 2020, held this Sunday in the UK, despite stiff competition from other international tourism projects. It was rated as “first class” and the “most innovative and important tourism project” with a positive impact on community, according to Simon Willmore, chair of BGTW.

The Partition Museum beat global tourism projects include the Macon Music Trail in Georgia, USA; the Michinoku Coastal Trail in Honshu, Japan; the Nelson Mandela Capture Site Museum and Visitor Centre in Howick, South Africa; Remando por la Paz/Rafting for Peace in Colombia and the Soqotra Heritage Project in the Gulf of Aden.

The Partition Museum launched by The Arts and Cultural Heritage Trust (TAACHT) was nominated by BGTW member Meera Dattani and voted for by the 260 members of the BGTW. Winners were announced during ‘BGTW’s Really Big Reveal’, an online broadcast that took place on April 18 due to the pandemic restrictions.

The BGTW award scheme, the results of which were postponed into 2021 because of the pandemic, gives Guild members the opportunity to propose new tourism projects that they feel deserve recognition for their outstanding contribution to tourism. Awards are split into three categories: ‘Best UK and Ireland Tourism Project’, ‘Best European Tourism Project’ and ‘Best Wider World Tourism Project’.

Kishwar Desai, reacting to the win, said: “We are truly honoured and thrilled to receive this award and thank everyone who has supported it. This museum is dedicated to millions of those unremembered and unrecognised people, who lost their homes and homelands overnight due to the Partition of India. It draws thousands of visitors every month and has become an important part of the tourist itinerary. This award will further encourage others to visit the Partition Museum, learn about the world’s largest forced migration, the repercussions of which last till today, nearly 75 years later.”

BGTW chairman Simon Willmore said: “The BGTW International Tourism Awards provide the opportunity for members to nominate the most innovative and important tourism projects they have visited over the last year that they believe deserve wider recognition. The Partition Museum is a first-class example of a tourism project that is having a positive impact on the community and the environment.”