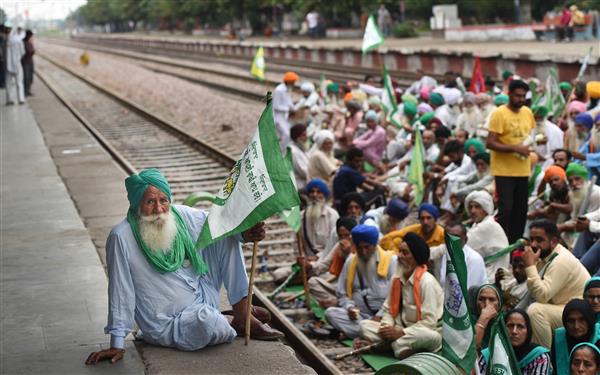 PTI file photo for representation only.

Farmers unions have announced to block rail routes for three hours on October 3 to mark the anniversary of the Lakhimpur Kheri violence incident.

The farmers stated that the mastermind behind the violence, Ajay Mishra, who is a Union Minister of State for Home Affairs, had still not been sacked by the Centre.

Kisan Mazdoor Sangharsh Committee general secretary Sarwan Singh Pandher said: “Most of the promises made by the Centre, on the basis of which farmers had ended their protest on Delhi borders, still remain unfulfilled.”