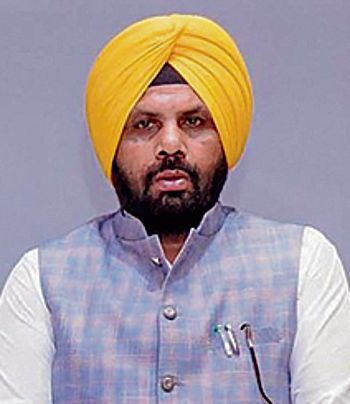 Harbhajan Singh ETO, cabinet minister on Monday inaugurated smart classroom at the Government Elementary School, Ranakalan. He emphasised that learning environment in the schools will be made conducive so that the children can be kept up to date in AAP’s tenure. “The priority of our government is to improve the education and health sector, so soon mohalla clinics will be started across state as well,” he said.

The priority of our government is to improve the education and health sector, so soon mohalla clinics will be started across the state as well. — Harbhajan Singh, Cabinet Minister

Addressing the children, he said he too had studied in a government school and he himself had been a teacher in the school where he had studied. “Our government schools are much better than private schools and now children will be involved in school education as well as sports,” he said. While praising the school he said this school has increased the enrolment percentage in this session. He also honoured the teachers who have increased the enrolment of the school and announced that soon three new rooms, a veranda and a school wall would be constructed as infrastructure upgrade. he also distributed 100 school bags to the school children.

He emphasised that infrastructure for conduct of smart classes will soon be set up for all government schools.