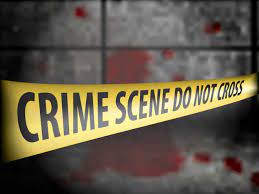 Days after a man, identified as Manjit Singh (46), was killed and his wife Narinder Kaur found injured in Jandiala guru area, when they were going to take medicine from Beas, the police have arrested his wife for the murder.

According to the police, she killed him to claim the insurance amount. Narinder Kaur was arrested and the weapon used in the crime was also recovered. The incident occurred near Dehriwal village falling under Tarsikka police station in the wee hours on May 4. The police had booked unidentified persons at that time.

Swarn Singh, father of the deceased and resident of Bulara village, told the police that Manjit used to work as a tailor and got married to Narinder Kaur 22 years ago. He said on May 4 around 4.15 am, the couple left for a hospital in Beas to buy medicine on their bike (PB-02-DO-8720), which is nearly 14 km from their house. He said he got a call from a person that unidentified persons had attacked his son and wife leaving them seriously injured. The incident occurred near Dehriwal village, nearly 2 km from their village.

Balraj Singh, SHO Tarsikka police station, said during investigations, the police got suspicious and interrogated Narinder Kaur, who is also an LIC agent. She confessed to the crime. She told the police that Manjit was suffering from various ailments and there was no source of income.

He said Manjit had an insurance worth Rs 5 lakh in case of normal death, while during accidental death, the nominee would get Rs 15 lakh.

“Being an insurance agent, Narinder knew this and she planned to eliminate her husband,” Balraj Singh said. She took a weapon and garbage in polythene bag for throwing with her. As per plan, she asked Manjit to stop the bike to throw litter. When he stopped, she repeatedly hit Manjit on his head and face killing him on the spot, while she also lay there to dodge the police. She said unidentified persons attacked them for robbery. The police got suspicious as she did not have any major injury, while Manjit was brutally murdered.

The police also recovered the weapon used in the crime. She was arrested and sent to judicial custody, said Balraj Singh.