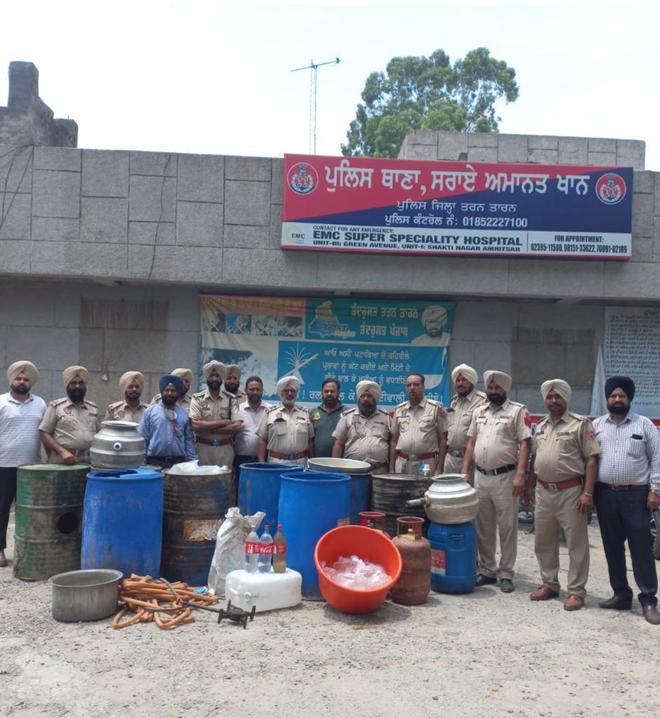 The material seized by cops after a search operation was launched against manufacturers of illicit liquor at Cheema Kalan & Shakri villages.

The Excise Department and the district police under Operation Red Rose, launched on the instructions of Rajat Aggarwal, Excise Commissioner, Punjab, conducted a special search operation against the manufacturing of illicit liquor at Cheema Kalan and Shakri villages here on Friday.

Gurpreet Singh of Kot Dharam Chand Kalan village, Jaspal Singh of Dhand village and Gurpreet Singh of Sarali Manda village were arrested. The accused had been booked under Sections 61, 1 and 14 of the Excise Act by the police station concerned, said the excise officer.