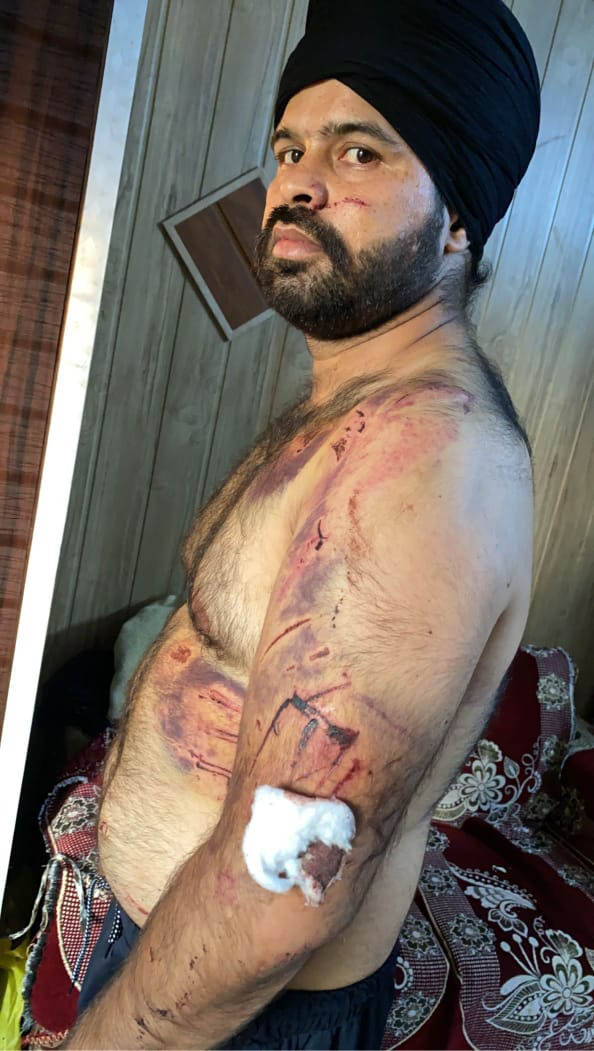 A man was kidnapped by armed persons in the Rajasansi police station area when he was returning home on a bus here on Thursday.

The victim identified as Jagjit Singh, a resident of Harsha Chhina Kukkarawal village, was brutally thrashed before he was thrown on the road near the Machhi Talab area and the police started a manhunt after getting the information of abduction.

On his statement, the police have booked seven persons, including Harry and Sukhpinder Singh of Harsha Chhina, Rupinder Singh of Shensara Kalan village.

He stated to the police that on Thursday late evening he was returning home after closing down his shop in Gumtala on a bus. He said when the bus reached near the Machhi Talab area, the accused travelling on an SUV and a swift car intercepted the bus by firing in the air. He said three of their accomplices were already in the bus. He said they pulled him out of the bus and bundled in the SUV. They tied his hands behind and put a cover on his face. He said they took him to a tubewell room at an undisclosed place.

He said they brutally thrashed him with leather belts due to which he fell unconscious. He said he heard them to throw him in the Ravi. He said later they threw him on a roadside near Raipur Khurd village.

The victim said he somehow managed to remove cloth from his face and found a house. He said he reached that house and sought help. He said as there were no clothes on his body, they gave him clothes and called his family.

He said his family, along with the police party, reached there and took him to the police station where a complaint was lodged against the suspects. Dilbagh Singh, chowki in charge Kukkarwala, said that as they received the information of abduction immediately an alert was sounded in the area and police teams were send for search. He said due to this, the accused got afraid and threw him on the roadside.

He said a case had been registered and raids were on to nab the suspects.

About the reason, he said the accused were suspecting that Jagjit had given the mobile number of their woman relative to some other person who was harassing her.