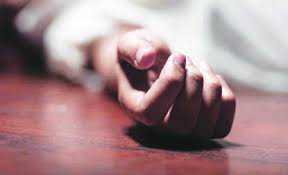 Tarn Taran: Mangat Singh (43), of Kahlwan village, succumbed to injuries that he suffered in an accident that took place on Goindwal Sahib bypass on Thursday. The victim was coming to the local vegetable market in a tractor-trailer when a truck hit it. He received head injuries and was admitted to a private hospital in Amritsar, where he died on Friday. The truck driver was booked. OC

Amritsar: Textile material worth lakhs was gutted in the fire that broke out at Shanker Printing Mills in Pandori Waraich village here on Friday. It took several hours for the firefighters to douse the fire. Short-circuit is said to be the reason behind the incident. The fire first broke out at the finished goods godown where goods was kept after processing. TNS

Tarn Taran: A team of the Government Railway Police (GRP) found a body from the Tarn Taran-Goindwal Sahib railway track here on Saturday. ASI Pal Kumar, in-charge of the police post, said the victim was clean-shaven and in his late 20s. He said the body was found from the outskirts of the town near Green Fields Public School. It has been kept in the mortuary of the Civil Hospital. OC

Amritsar: DC Gurpreet Singh Khaira said the timing of sewa kendras have been re-scheduled from 9 am to 4 pm. He said this was done keeping in view the spread of the Covid-19 pandemic in the district. He said no service would be provided to applicants at these centres without securing appointment. He said all kinds of fee would now be digitally paid. “No staff member can join without vaccination certificate.” TNS

Amritsar: City-based photographer Raminder Pal Singh has featured in a book ‘Ramgarhia Virasat’ by Indo-Canadian writer and scholar Jaiteg Singh. The book is a coffee-table documentation on the legacy of prominent personalities from the Ramgarhia Sikh community, who have contributed immensely to society. From the historical legendary warriors to the great artists and to the famous sports personalities, the author has extensively compiled data and presented it in the form of this coffee-table book. Raminder Pal Singh has a career spanning over 18 years as a photographer. TNS