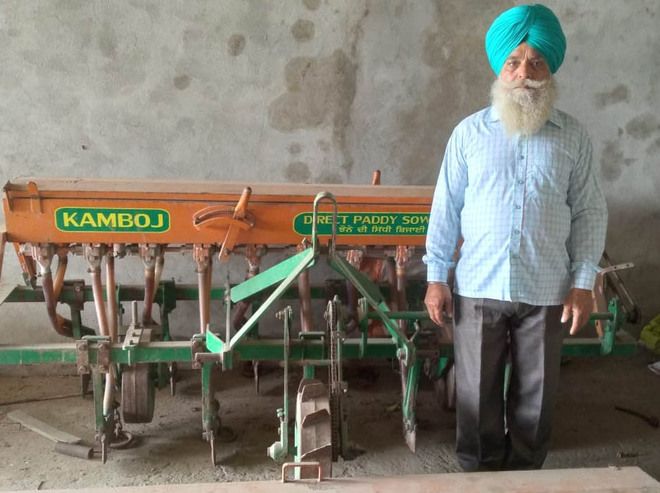 Though marginal farmers in the state are facing huge financial crisis due to low income, Satinder Singh of Hamza village in Majitha block has set an example for his counterparts.

Satinder, who owns one acre and six kanals, runs agricultural tools hiring centre. He owns 22 machines and provides his services to more than 10 villages of the block.

In 2005, Satinder found that most farmers around his village used to grow vegetables.

In 2008, laser-leveller technique was getting popular among vegetable growers. He wanted to buy it, but no bank was ready to approve his loan as he owned a small chunk of land. As a result, he was unable to purchase it.

During his field visit, the then Deputy Commissioner, Kahan Singh Pannu, came to knew that he was willing to buy laser leveller. Pannu himself arranged a bank guarantor for Satinder.

“A person works to fulfil his passion or due to compulsion, I had both. My elder son went aborad after completing his BTech and younger son helps me at hiring centre. I have provided them quality education due to this business. Elese, a marginal farmer cannot fulfil basic needs. There is no substitute for hard work. The Agriculture Department always imparts me best knowledge about latest techniques,” said Satinder.