Giving wings to his dreams: Adesh Parkash Singh Pannu of Tarn Taran got his primary education from a pvt school at his village 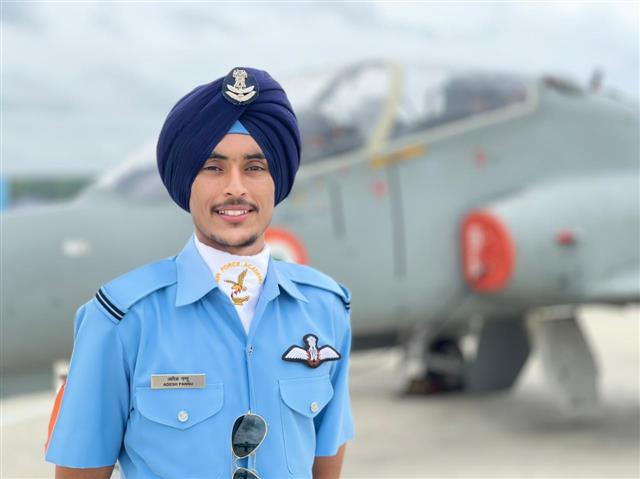 Son of a marginal farmer from Chaudhariwala village (Naushehra Pannuan) in Tarn Taran district has been commissioned as a Flying Officer in the Indian Air Force.

Adesh Parkash Singh Pannu is a student of NDA preparatory academy Nishan-e-Sikhi, Khadoor Sahib, Tarn Taran. He belongs to a marginal farming family. His father Amarbeer Singh Pannu serves in the SGPC and mother is a government schoolteacher. He got his primary education from a private school in the village. The proud father said: “My son is quite mature and had the zeal to serve the nation at a very young age. I have been proud of him and will always be.”

The 19-year-old boy was commissioned as a Flying Officer in the Indian Air Force during the combined graduation parade held at the Air Force Academy, Dundigal, on June 19.

Adesh cleared the NDA exam in March 2017 for the Air Force and joined the National Defence Academy, Khadakwasla, Pune, in May 2017 as course batch 138. The passing-out parade was held on May 30, 2020, after the completion of the three-year training.

He joined the Indian Air Force Academy, Dundigal, Hyderabad, Telangana, in June 2020, for further training, where he was commissioned as a Flying Officer. Nishan-e-Sikhi, Khadoor Sahib is being run under International Environmentalist Baba Sewa Singh, head of the Kar Sewa sect.

Nishan-e-Sikhi, under the chairmanship of International Environmentalist Baba Sewa Singh, head of Kar Sewa sect, Khadoor Sahib, is going to start a preparatory centre for the civil services at Khadoor Sahib village with an aim to prepare students for the UPSC-related examinations.

Avtar Singh Bajwa, secretary of the institute, said the sect has been working in the field of education since 1970 with several educational institutions. Admissions to the course is going on and final date for the registration is July 11. Nishan-e-Sikhi also runs an NDA wing, from where 19 students were selected in the armed forces as officers. With the new initiative, the civil services aspirants will get the much-needed study material at their doorstep. 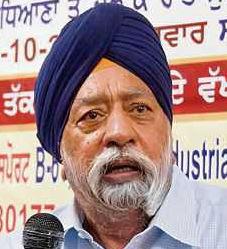