Chemicals stored in unit destroyed, no loss of life reported 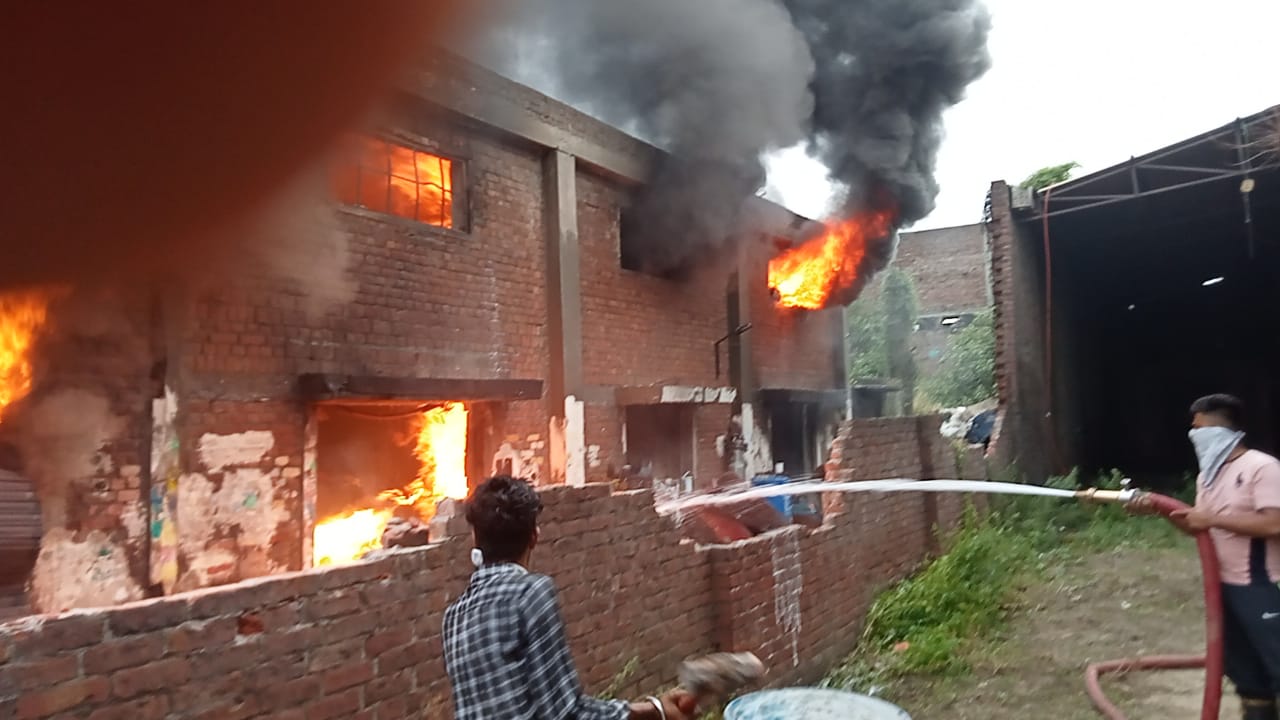 A massive fire broke out at a paint factory in the Focal Point area at 5.30 in the morning today. The fire spread over whole factory within a few minutes as chemicals was lying in huge quantity on the premises. The fire caused panic in the surrounding areas due to loud explosions. No casualty has been reported in the incident.

Around 10 fire tenders of the Municipal Corporation, the fire brigade, Sewa Samiti, Air Force station, Khanna Paper Mill and Tarn Taran were rushed to the spot to control the blaze.

The fire was brought under control by the fire brigade personnel after three hours hard work. The paint factory was completely destroyed in the fire. Fire brigade officials present at the spot stated that cause of fire might be short circuit. Latest equipment of the Municipal Corporation was used to douse flames on the paint factory premises.