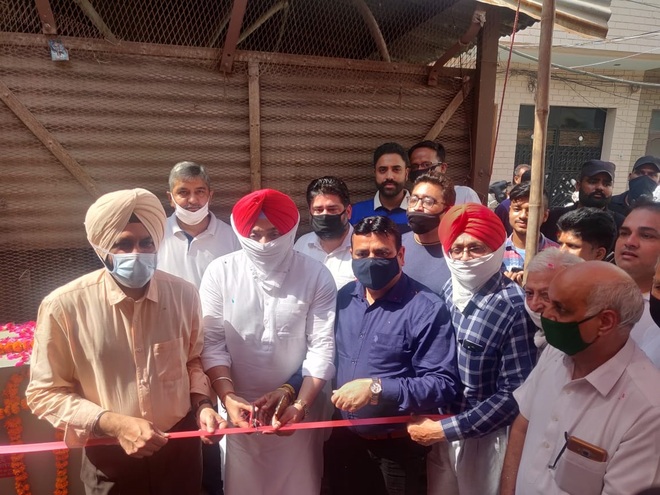 Mayor Karamjit Singh Rintu on Saturday claimed that there would be no problem of clean drinking water in any part of the city. He said no stone would be left unturned to improve the sewerage system. It had been started during the inauguration function of tube wells in various areas of the South Assembly constituency.

The city Mayor, along with MLA Inderbir Singh Bularia, inaugurated tube wells in Ward Nos.64, 66 and 67 of the Amritsar south assembly constituency. The Mayor and the MLA were given a warm welcome by councillor Ashwani Kaleshah and residents of the area at Gilwali Gate in Ward No.64 where they inaugurated the new tube well. After this, the tube wells were inaugurated in Ward No.66 in the presence of councillor Sunny Kundra and councillor Pooja Rani of Ward No.67.

On the occasion, Mayor Karamjit Singh Rintu said with the installation of these tube wells in inner urban areas of the south assembly constituency where clean drinking water would be available, the problem of water shortage would be addressed and the supply would be better.

He said under the Atal Mission for Rejuvenation and Urban Transformation (AMRUT) scheme, new tube wells, water supply and sewerage lines were being laid at a cost of Rs 24 crore. He said the face of the south assembly constituency was being changed with the development works worth crores of rupees.

The Mayor said the Punjab Government had come up with a huge fund to beautify the circular road from Gurdwara Shaheedan Sahib to Khazana Gate.