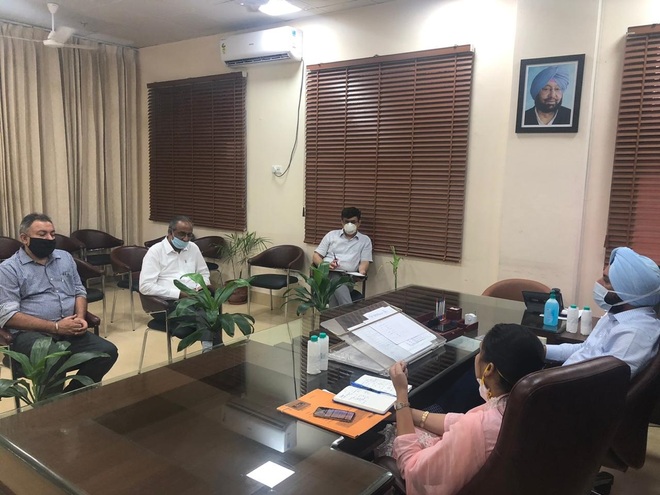 Mayor Karamjit Rintu and the MC Commissioner at a meeting with officials of AVERDA in Amritsar.

The Mayor gave instructions to the company officials to instal GPS on every vehicle and set a control room to track these vehicles. At the same time, he said a complaint number regarding the dumping of debris and green waste should be issued separately, so that people do not face any difficulty in lodging their complaint.

It was revealed in the meeting that the MC was facing problem in lifting garbage from south constituencies. Now, AVERDA will provide 50 vehicles for the lifting of garbage to solve the issue.

The MC also flashed a toll-free number for the lifting of garbage i.e. 1800-121-4662. Mayor Karmajit Singh Rintu also instructed to issue challans for littering. He said there would be no compromise with those littering the city and strict action would be taken against defaulters.

“Various efforts are being made by the MC to improve the ranking in nationwide cleanliness survey. The garbage collection vehicles are also required to update. It will benefit and improve the service,” the Mayor said.