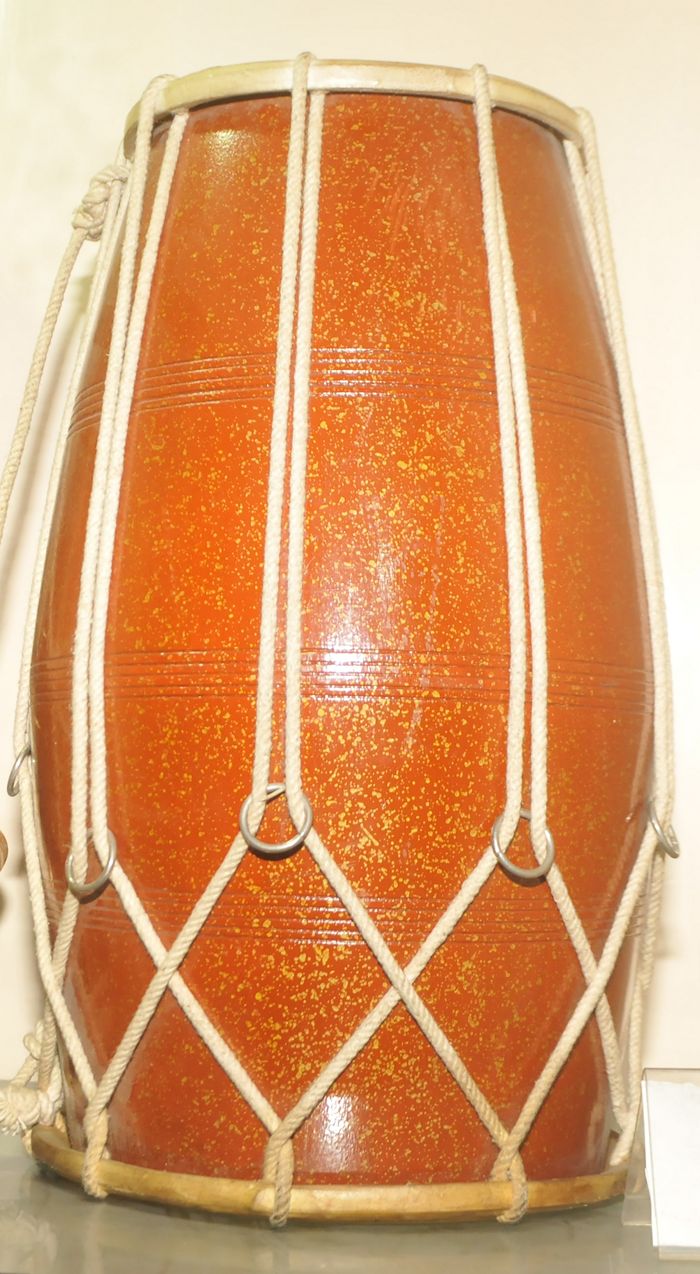 While Western musical instruments, especially the present day electronic music, has completely taken over the notes of old melodies, the museums at Central Khalsa Orphanage and the Museum of Sikh History and Culture at Khalsa College are holding on to the memory of Punjabi folk musical instruments. The Tribune staffer Manmeet Singh Gill and lensman Vishal Kumar tried to bring out a few of these old memories.

Punjabi music is known the world over and with modern means of communication, it has not only become a thriving industry but also promoted Punjabi culture, ethos and way of life. While most people are aware of the popular musical instruments like dhol and tumbi, they might not be aware of the existence of others such as Gagar or Gharha.

Well, when it comes to music, Punjabis are ‘jugaari’ enough to use a simple utensil to produce sounds of melodies. As for people in the land of five rivers, religion is a way of life, most musical instruments, especially those in the category of stringed instruments, are associated with recitation of religious hymns.

Still there are many instruments which are used only during social gatherings. These can be classified into categories such as folk music instruments and folk dance instruments. Some of these instruments are used in both music as well as dance.

Nagara is a war drum known for its thundering beat. For the Sikhs, this musical instrument has a religious connection and is still being used at various religious places during ceremonies.

Literally meaning one string, Ektara originally was a stringed instrument used mostly by bard singers. It is a drone flute having a gourd resonator covered at the head with a skin.

The two-stringed versions of Ektara are called Dotara.

It is an hourglass shaped instrument native to Punjab. It is used in folk music and folk dances such as Bhangra and Malwai Giddha.

Dafli or tambourine is a percussion musical instrument consisting of a frame and metal jingles.

Chimta literally means tongs. It produces a chiming sound with the help of small brass jingles. Apart from folk music and dances, it is also sometimes used during Gurbani recitations.

It is another hourglass shaped instrument native to Punjab. Accompanied by sarangi, it is mostly used by ballad singers (dhadhis).

It usually is a metal (Gagar) or earthen pitcher (Gharha) and the handiest musical instrument at rural marriage events. It is played with both hands using metal fingers worn on fingers.

A paired woodwind instrument believed to have originated around 7500 BC in Mesopotamia, it is one of the most famous folk music instruments. It consists of two joined beak flutes, one of which is for melody and the other for drone.

Bigal or bugle is known to have originated as a military signal instrument.

Literally meaning squirrel in Punjab, it is a traditional musical instrument used mostly through folk dances. In rural Punjab, a squirrel is a symbol of happiness. This instrument produces a low clap sound.

It is a short-necked bowed string instrument mostly used by dhadhis and kavishars.

Literally translated as snake, it is made of wood with many X-shaped small parts. Known for producing a clapping sound, it is also used in folk dances.

It is perhaps the most famous folk music instrument which has managed to enjoy popularity despite the sway that electronic music holds now. It is a double-sided barrel drum preferred for loud bass.

It is a shorter and female version of dhol. Instead of wooden sticks, it is played with both hands with or without metal rings on fingers.

An instrument native to Punjab, it produces high pitched sounds. The instrument is still popular in Bhangra music and even many modern day singers use it. It is single string instrument made of a wooden stick mounted with a gourd shell resonator.