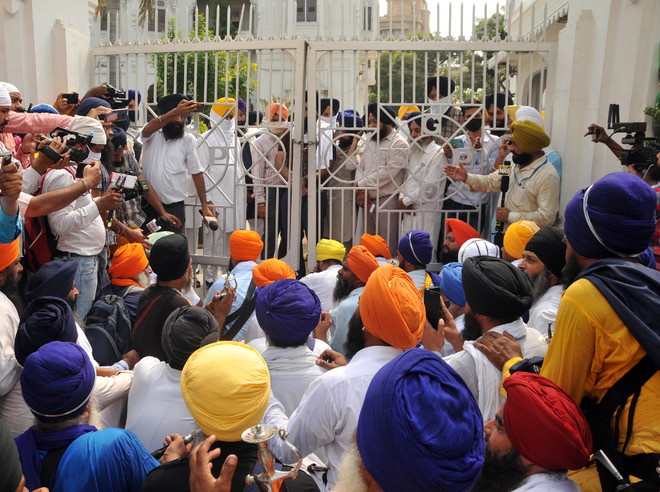 Satkar Committee members hold a sit-in outside the SGPC headquarters in Amritsar. File

The protest by various Sikh organisations, including Satkar Committee, seeking criminal proceedings against SGPC officials, who were involved in the misappropriation of 328 “saroops” of Guru Granth Sahib, entered the sixth day today.

Balbir Singh, head of Satkar Committee, expressing displeasure over the punishment pronounced by Akal Takht Jathedar Giani Harpreet Singh yesterday, said it was only religious punishment that was “too little, too late”. The protesters got a shot in the arm today when members of the Democratic Akali Dal joined the stir. — TNS