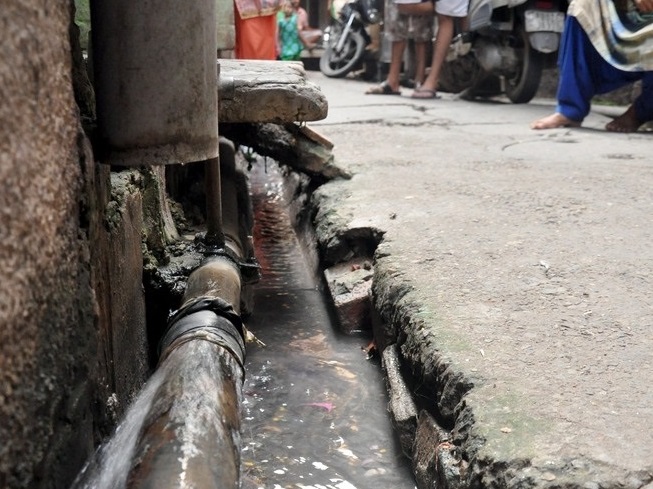 Potable water leaks from the supply pipeline in Amritsar.

With a local MLA raising the issue of supply of contaminated water in many areas of the city, residents hope that the government would take steps to ensure supply of clean drinking water in the city.

The issue was raised by Amritsar North MLA Kunwar Vijay Partap Singh during the recent Assembly session. He demanded that the problem be solved at the earliest.

Apart from the above cited areas, complaints of contaminated drinking water were often received from other places in the city. Recently, residents of the Chhehharta area had staged a protest over supply of contaminated water.

In most cases, the Municipal Corporation (MC) claimed that reason behind the contaminated water supply was mixing of sewage with drinking water due to leakage of underground supply lines.

The residents also demanded that the MLAs apart from raising politically important issues should also highlight common ground- level problems such as faulty sewerage, contaminated water supply and sanitation in the House.

“During the recent Assembly session it was felt that members of the House were trying to score brownie points by cornering the opponents. In this competition, the issues of the common man were ignored,” said Kulwinder Singh, a resident.

“I hope that highlighting the contaminated water supply issue in the Assembly will help residents of the affected areas,” he added.

Besides, low water pressure is another cause of concern for residents. In most areas, water does not reach storage tanks installed on roof tops due to low pressure in pipes.

“People have to use electric motors to fill their roof top water tanks as the MC supply lines have low pressure. The problem worsens in summers when the demand for water increases,” said Balwant Singh, another resident.