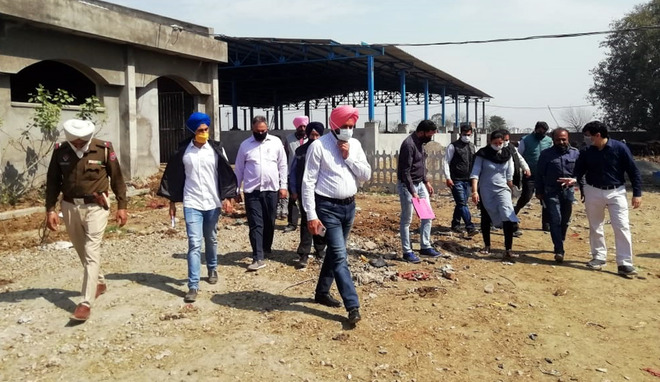 The holy city would soon get rid of the menace of stay cattle as the ‘modern gaushala’ will become operational by the end of this month.

Constructed at a cost of Rs1.5 crore, the gaushala is near completion. It has the capacity of as many as 350 cows, while the volume would be increased as the civic authorities already planned for its expansion and the formalities for the same would be completed by the end of this year.

Talking to The Tribune, Rintu said that the gaushalas would have separate chambers for diseased animals, pregnant cattle and calves besides a godown for keeping fodder. A room has been constructed for the veterinary doctor and its staff for the treatment and care of stray cattle. The shed would also have a sanitisation yard for the animals.

“Following the National Green Tribunal guidelines, we will be making this gaushala with an aim of zero waste. Though sewerage treatment plant has also been set for the same, we will also be taking expert’s advice for the same,” he pointed out.

As per estimates, there were around 300 to 400 stray cattle in the city and this shed would solve the problem. “We have huge land near this gaushala and are planning to double the capacity by expanding the existing structure.’

He said after the completion it would be handed over to Kamdhenu Gau Dham Trust for upkeep of the cattles. Meanwhile, he said, the MC has got as many as 2,450 stray dogs sterilised in order the control the canine menace in the city.