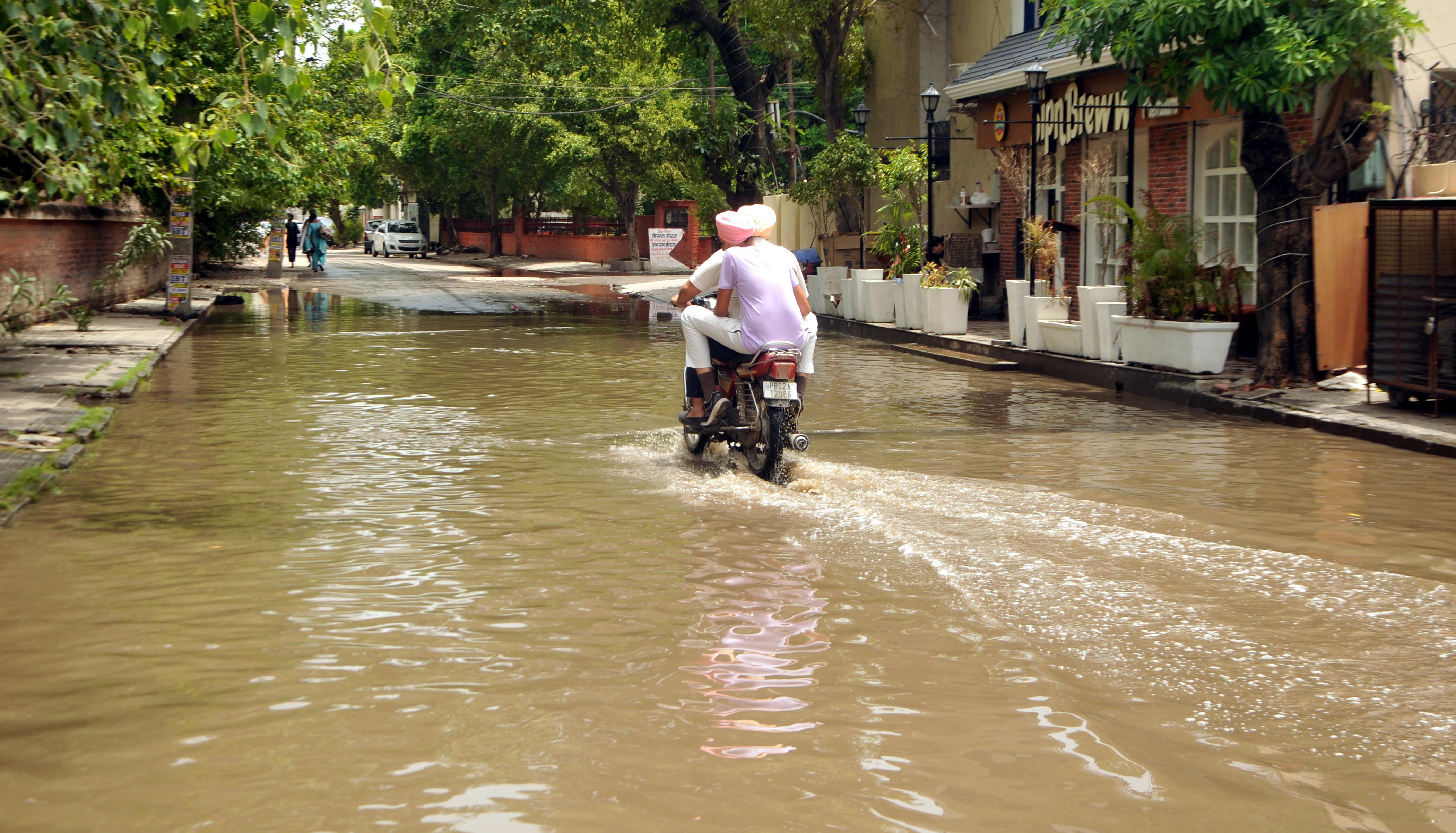 A waterlogged road at the Rani Ka Bagh in Amritsar on Wednesday. photo: vishal kumar

During the last few years, the Municipal Corporation has spent a huge amount on the desilting of sewer lines and its mechanical solutions in the city.

However, a number of areas still witness waterlogging and accumulation of rainwater. On Tuesday night, the pre-monsoon showers exposed the tall claims of the MC as rainwater, accumulated on several main roads and streets, was there till Wednesday evening.

The Municipal Corporation conducted desilting on major roads, but there are several areas where residents witness regular waterlogging. There is a need to streamline the sewer lines to get rid of waterlogging. Pre-monsoon showers in the last two days have us worried about the upcoming monsoon season. — Randhir Sharma, a resident of Garden Enclave

During the last two years, the MC brought seven jetting machines, 10 vehicle-mounted garbage bucket machines, one super sucker and other machines for desilting.

Mahesh Khanna, chairman, water sewerage sub- committee, said: “Most of the sewer lines are cleared of silt. Desilting has been conducted in all main sewer lines. The rainwater will be drained out within two hours. Prior to the monsoon season, we have issued instructions to all disposal plants to make required arrangements. This week, we will physically check the main area, from where we get regular complaints of waterlogging during monsoon.”

“This time, our main focus is Heritage Street and areas around the Golden Temple. The staff of the department concerned have been asked to clean all chambers and lines before the monsoon,” he said. The MC has recently started a desilting project at Ghanupur Kala at a cost of Rs 32 lakh. The clearance of the sewer line would address the issue of waterlogging in several areas of the Chheharta area, he said.