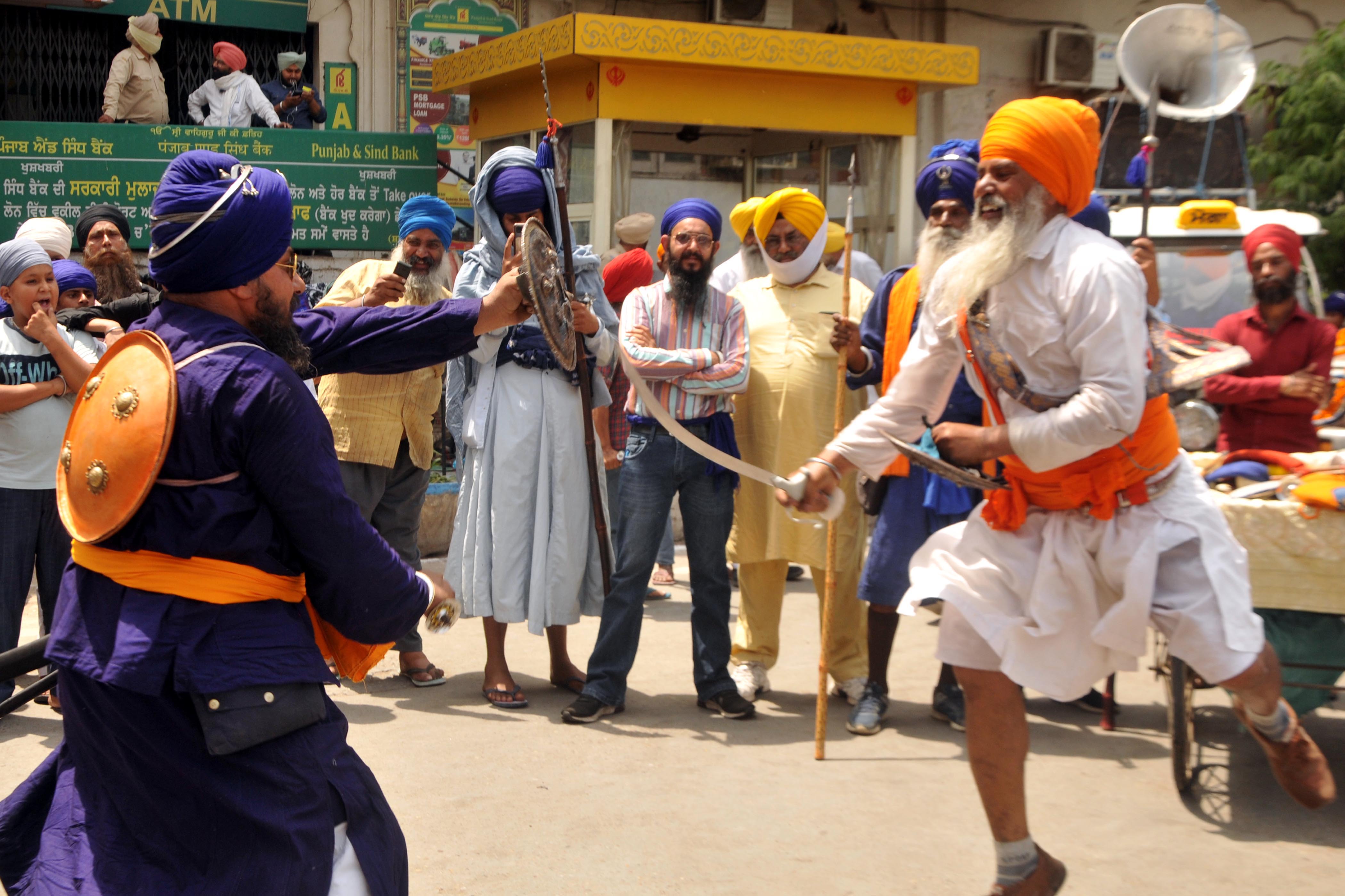 Nihangs perfom gatka during a nagar kirtan to mark the birth anniversary of Guru Tegh Bahadur in Amritsar on Wednesday.

A nagar kirtan dedicated to the Parkash Purb (birth anniversary) of Guru Tegh Bahadur was taken out from Akal Takht to Gurdwara Guru Ke Mahal — the birth place of Guru on Wednesday.

On the occasion, the devotees witnessed gatka performances by nihangs.

He said a large gurmat samagam (religious congregation) will be organised on Thursday morning at Gurdwara Sri Manji Sahib Diwan Hall, in which, granthi singhs, saints, representatives of Nihang Singh Jathebandis, Sabha Societies and prominent personalities will participate in large number. He appealed to the sangat to participate in the congregation.

SGPC president said the life of ninth Guru and his martyrdom is an example of protection of dharma (righteousness) and the governments taking inspiration from the same, should enact such a law which ensures strict punishments to the culprits who attack on anybody’s religious freedom and disrespect the religious symbols.

The sangat also had a glimpse of shastras of the guru displayed in a special bus outside Gurdwara Sri Manji Sahib Diwan Hall. The bus has been specially brought from Takht Sri Kesgarh Sahib.