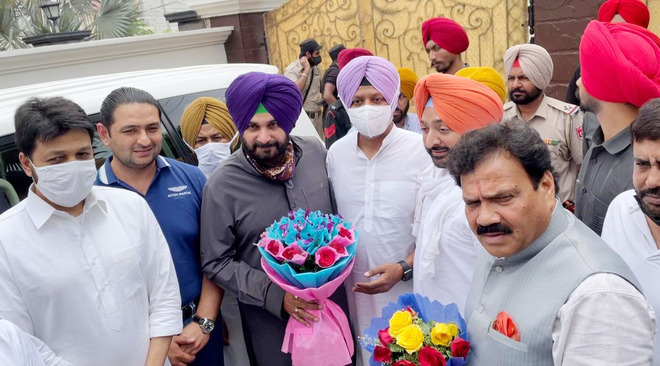 Anybody who knows Navjot Singh Sidhu even a little would have definitely vouched for the fact that his political comeback was a foregone conclusion despite all the noises being made by his detractors. Such is his resilience and tenacity that during his cricket playing days, spread over 51 Test matches in 16 long years, he had earned the sobriquet of being ‘the eternal comeback man of Indian cricket.’ He was not alone. Mohinder Amarnath, too, was categorized in the same bracket. Both these cricketers had made innumerable comebacks which, over the years, have become part of cricketing folklore. In 1983 Sidhu was virtually psyched out of his debut Test in Ahmedabad by West Indies skipper Clive Lloyd for not so many. For the next four years the man was in cold storage. Call him an astrologer or whatever; it was in 1985 that Sidhu started telling his friends that he would be in the team that will play in the 1987 Reliance world cup. His prophecy indeed came true. And it was during this particular tournament that he destroyed the career of Australian off-spinner Peter Taylor. He smashed sixes left, right and centre and he ended up getting yet another epithet-‘Sixer Sidhu.’ That was a far cry when a top cricket writer Rajan Bala dubbed him a ‘stroke less wonder’ from the way he would graft his runs. So much so, he once scored a half century in the Ranji Trophy but took an entire day doing so, actually jeopardizing his team’s chances of winning the match. Yet another fact of Sidhu, which is not known to many, is the newspaper lead he got in 1992 when he landed in Australia to reinforce the beleaguered Azharuddin led team. The same day President Bush had arrived in Sydney on an official visit. The newspaper-Sydney Morning Herald- carried the heading ‘Spotlight on Bush, Sidhu.’ The man has kept a clipping of that news in his house at Patiala. This indeed carries significance for he was put on the same page as the world’s most powerful man! Sidhu, as a cricketer or as a politician, is forever ready to take on a challenge. As they say, ‘cometh the hour, cometh the man.’

Amid speculation that Pathankot MLA Amit Vij would take some time to decide which way he would move in the present political scenario, he took everyone by surprise by deciding to back Sidhu. On Friday, he and his supporters left for Chandigarh in a cavalcade comprising 210 cars and buses. The groundwork, including the hiring of private buses, was done by his brother Ashish Vij who of late has become the MLA’s go-to man. The other day Ashish could be seen supervising works related to laying of sewerage and water supply pipes across the length and breadth of the city. He has also been tasked with ensuring the project related to the proposed elevated narrow gauge rail line is given practical shape. Today, he made certain the cavalcade did not get stuck in the city’s morning traffic which is chaotic, to say the least, by getting some cops to ensure the smooth flow of vehicles till they reached the national highway leading to Chandigarh. The MLA says that the newly appointed PPCC Chief will be paying a visit to the city at the end of this month. “Preparations have already commenced for Sidhu’s proposed visit. We are just waiting for the dates to be finalised,” remarked Ashish.

Gurdaspur Deputy Commissioner Mohammad Ishfaq is an officer known to take decisions after a lot of planning. For the last six months, he had been pondering about the not so good facilities being provided by the administration to government drivers. He then came up with the idea of establishing the ‘driver’s nest’ which is a big room just as one enters the District Administrative Complex (DAC). Tired drivers now take rest here instead of making use of officers’ restrooms. “This was necessary. We all need rest after a difficult outing. This room is an absolute delight. Hopefully, we get an air-conditioner by the time next summer arrives,” said one of them. As things stand, these drivers have got a room to relax but sans an AC. They are having a mixed bag as finally they have got an independent room but without an AC. After all, the sweltering heat does get to their nerves particularly after a long drive what with their boss shouting instructions down their throats.