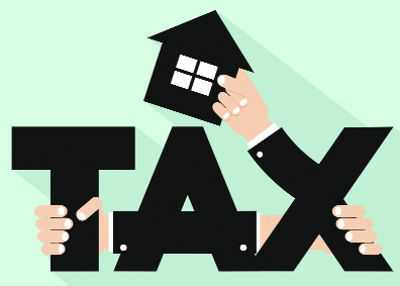 After adoption of new software by the Municipal Corporation (MC) to collect property tax, the residents are reportedly unable to get their tax history details. The office-bearers of the MC raised the issue at recently held General House meeting to check the flaws of software adopted by the Public Infrastructure Development Board (PIDB) in all urban local bodies (ULBs) in the state.

Raman Bakshi, Senior Deputy Mayor, claimed the MC witnessed financial loss due to flaws in newly adopted software. On the directions of PIDB, the Ministry of Corporate Affairs (MCA) had adopted the new software being managed by the Local Bodies Department on August 14, 2020. Earlier, the MC had been using software of a private firm.

“The old software used to ask to submit receipt of last fiscal before depositing the return of current year. Any defaulter, who has pending amount of previous years, was not able to pay the current year tax in old system. Now, the new software allows depositing tax of current year without verifying that tax payer’s history details. It is a major flaw which led to financial loss to the civic body,” said Bakshi.

Apart from this, the tax calculation for multi-storey commercial buildings is also faulty. The Mayor claimed that instead of Rs3 per sq ft, it’s collecting Rs6 per sq ft for second or third floor of a building owned by a single owner.

Hakam Singh, in-charge of Citizen Facilitation Centre, said, “The private company handed all the consumer data to the MC before we adopted the new software of PIDB. There was a provision in old software that tax payer can download previous years receipt. The tax payer can pay tax yearly. The new software doesn’t allow access to previous receipts.”

Pardeep Rajput, Nodal Officer for property tax, said, “Manually, we don’t accept current year’s tax without getting the previous year’s receipt from tax payer. There might be issue with online payment. We scrutinise self-assessments of all the online tax payers at the end of fiscal year. If the General House constitutes committee, we will check the flaws and report it to the committee”. However, Bakshi stated that the MC has yet to constitute inquiry panel. The MC officials should take the matter seriously to avoid litigations.

it with emotions, and on the other hand we have many poets describing the unparalleled horrors of war through verse. While English poets like William Butler Yeats, Wilfred Owen and Robert Southey have written very powerful and poignant poems against the war, our own poets like Kaifi Azmi and Javed Akhtar have also written a lot of songs and poems that give a different perspective of war,” he told.