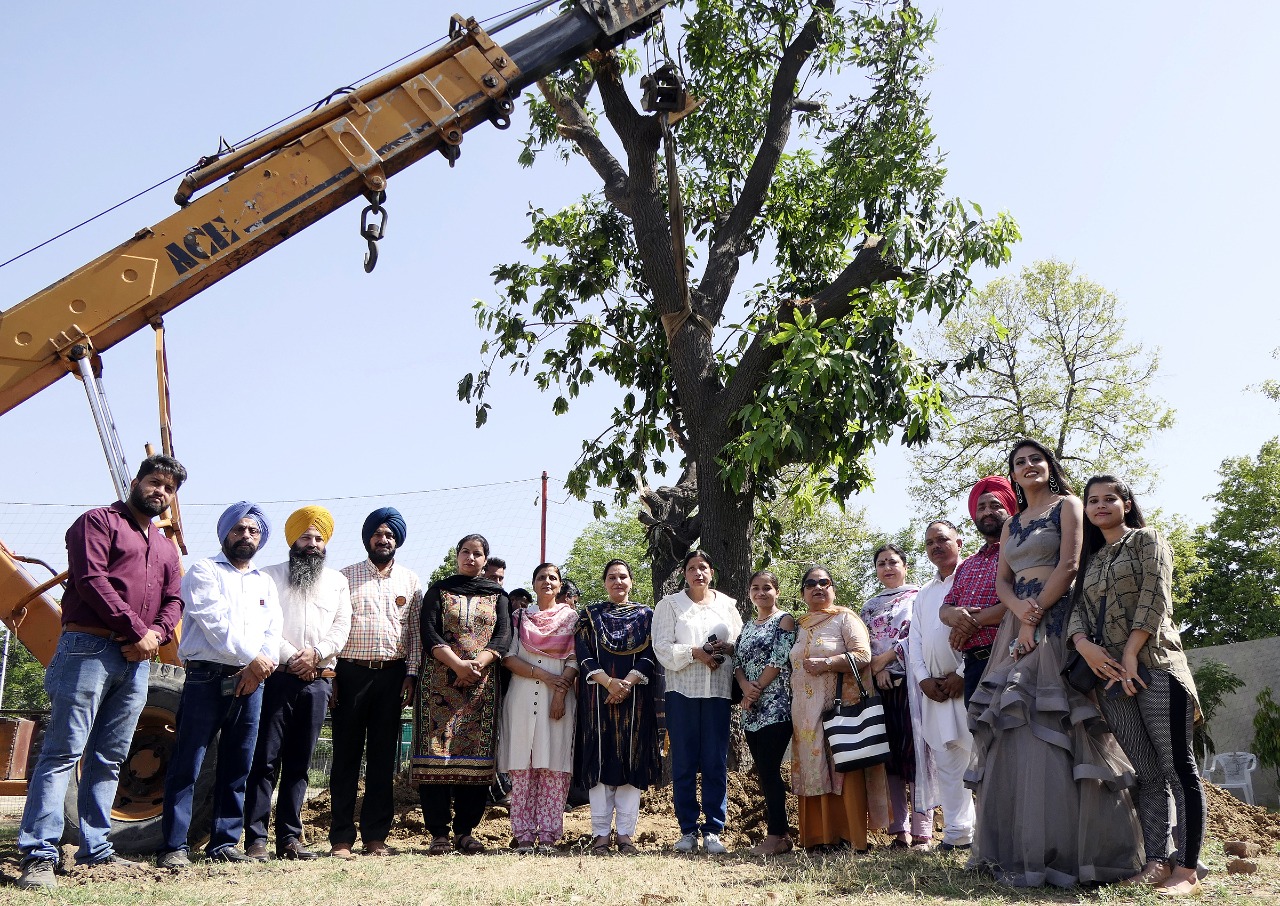 The mango tree being transplated at Khalsa College for Women.

Amid reforestation call, save the soil and similar campaigns, a group of NGOs and students’ faculty of Khalsa College for Women came together to save a tree from being sacrificed in the name of development.

The volunteers transplanted a 20-year-old mango tree from its original location near Rego bridge to its new location inside the Khalsa College for Women.

The process was carried out in the presence of members from Rotary Club Amritsar North; Rotract Club of Khalsa College for Women; Haryawal Punjab; Amritsar Vikas Manch and Interact Club.

Ravinder Kaur, teacher-in-charge for Rotract Club, KCW, said the tree was coming in the way of an under-construction building in front of the railway station. “There have been several instances, where age old, even 100-year-old heritage trees in the city have been axed without blinking an eye in the name of development. We were approached by the Rotary Club Amritsar North and other NGOs to help save a tree from being axed. It needed enough space for transplantation. So, we decided to have it on our college ground,” said Ravinder.

College Principal Surinder Kaur said the initiative to give the tree a new life on college ground was taken by the students and teachers of the Rotract Club of the college.

“It’s a small effort to encourage people to come and save trees that can be saved. The heatwave we have witnessed this summer season, the increasing pollution in the city air are just a few damaging repercussions of sacrificing city’s green wealth for development.

To ensure that the tree’s roots are not damaged and get enough space for re-rooting, a 7-feet deep pit was dug and the tree was uprooted carefully using a JCB and brought to the college premises. Horticulture experts from the college will oversee that the tree is able to re-root and grow.

Manjitpal Kaur, president, Amritsar Rotary Club North, who approached the Khalsa College for Women, for this effort, said that it’s commendable that such an effort was made to save a tree. “It’s an example of how we must all act together to save nature for our future generations,” she said.

The collaborators are now set to re-locate more trees, especially the ones that are green heritage, to save these from being axed.