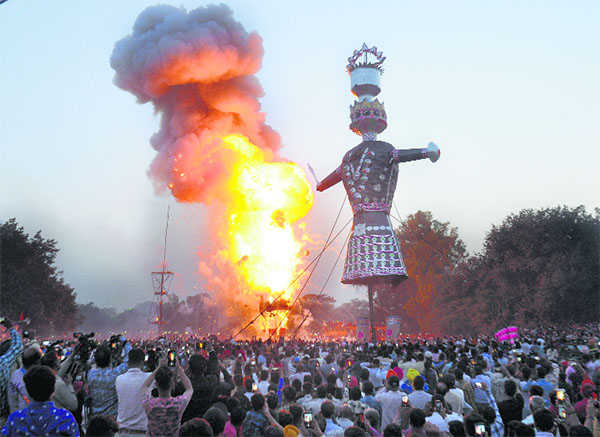 This year, there will be no burning of Ravana effigy by any Dasehra organising committee in the city. Officials of the Municipal Corporation (MC) have confirmed that no such committee had applied for the permission.

Now, the MC will keep a check on any violation. A letter has been issued to advertisement wing officials by the Estate Officer of the MC to keep a tab on the billboards and posters and report to them if anyone burns Ravana effigy without the approval.

Estate Officer Sushant Bahtia said, “We got only one application from a Dasehra committee on Majitha Road. The venue was not under the jurisdiction of the MC and they were celebrating the festival on a private property, so we have not allowed them. No other Dasehra committee had filed application for the permission. Now we will keep an eye on any violation.”

A separate letter has been issued to the MC inspectors to report about the Dasehra celebrations in the city. Meanwhile, a number of mandir committees organizing Ram Leela will celebrate Dasehra. The Durgiana Temple Committee will burn a small effigy of Ravana to observe the custom to end the Langoor Mela.