No proper hockey turf for budding players in district : The Tribune India 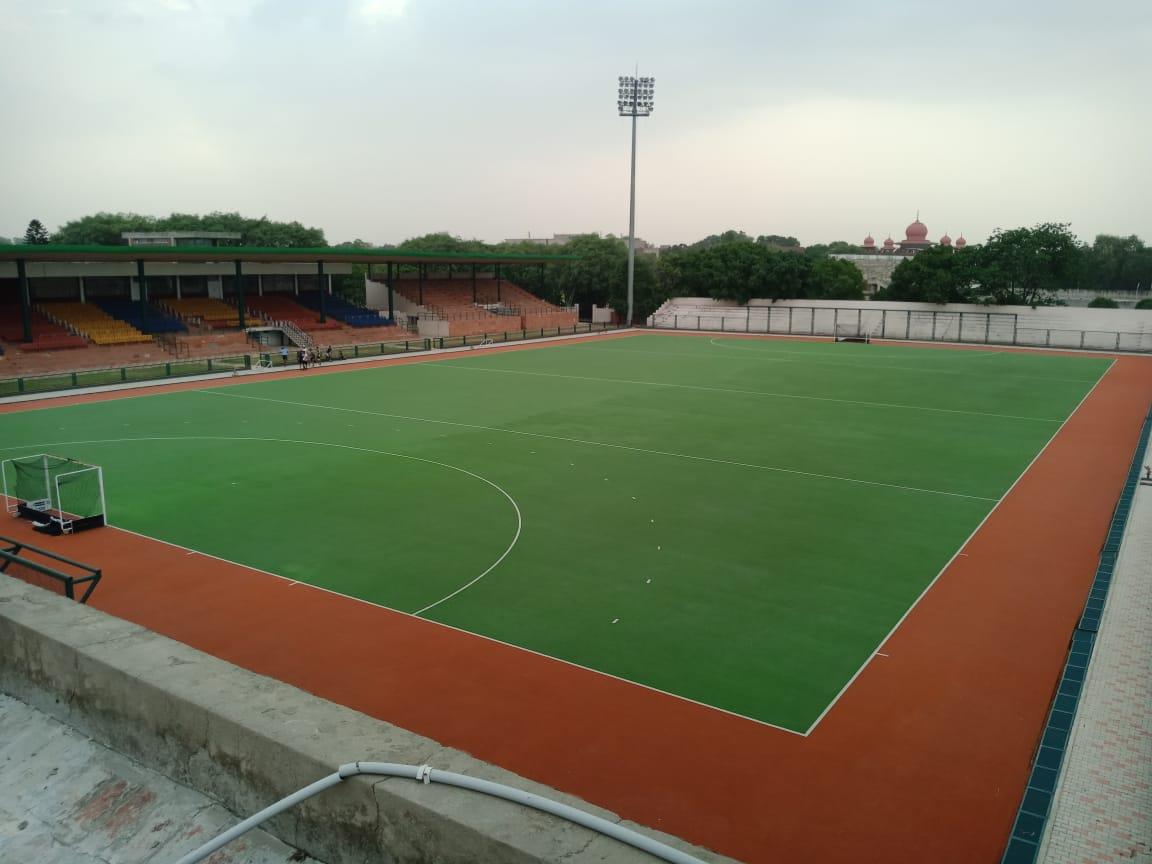 Currently, players practice on the AstroTurf at Guru Nanak Dev University’s hockey ground, which has outlived its life. Tribune photot

Despite five players of the district being part of the national hockey team, the city was yet to get a modern AstroTurf to train budding players.

Currently, players practice on the AstroTurf at Guru Nanak Dev University’s hockey ground, which has outlived its life.

Five players of the Indian hockey team — vice captain Harmanpreet Singh, who belongs to Timmowal village, Gurjant Singh, a native of Khalaira village, Shamsher Singh, a resident of Attari village, Dilpreet Singh and Jugraj Singh both of Butala village — are bonafide residents of the district.

Veteran hockey players and experts feel that international-level players cannot be produced without the availability of AstroTurf.

Patrons of Amritsar Vikas Manch (AVM) Kulwant Singh Ankhi, Manmohan Singh Brar and Harjap Singh Aujla said a very strong reason behind the success of these players was that the holy city was provided with AstroTurf for the first time in 2008.

Hardip Singh Chahal, president, Rajwinder Singh Gill, general secretary besides Nishan Singh and Michael, members of the manch, said the last time the Sports Authority of India (SAI) got replaced the turf was in 2013.

They said the turf had outlived its life and needed to be replaced. They said presently an AstroTurf costs about Rs seven crore. They AVM shot off a communique to the government urging it to provide new AstroTurf at the earliest to budding hockey players.

As per experts, AstroTurf lasts for nearly nine years. So it is prudent to replace it with a modern one. The present condition of the ground was deplorable and players could not train on it.