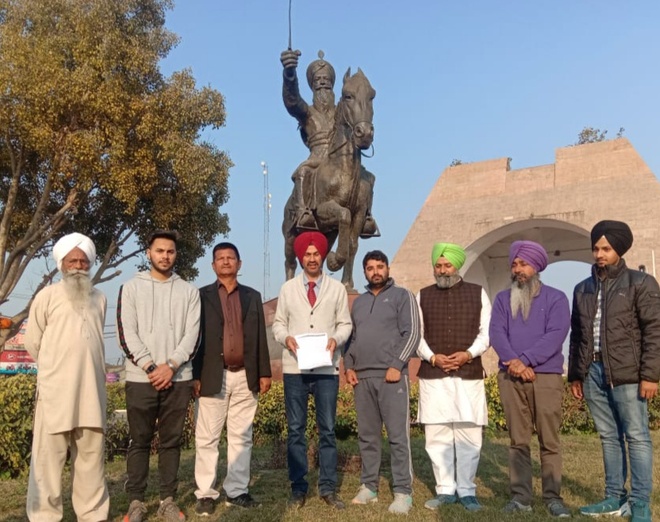 Members of the General Sardar Sham Singh Attariwala Trust and residents of the area are perturbed as the yearly state-level function to pay tributes to the Sikh general and martyr would not be organised at India Gate this year.

The function was held near the statue of Sham Singh Attariwala near the war memorial. A separate function is also organised at Sham Singh’s memorial in Attari. In a press conference here on Sunday, Harpreet Singh Sidhu, general secretary of the trust, said, “The state-level function was being held every year for the last 12 years. Every year, we had to approach senior officials to ask them to organise a function in memory of Sardar Sham Singh,” he said, adding that this year, the officials concerned stated that no such function would be organised.

A martyr of the Anglo-Sikh war, Attariwala had participated in many campaigns, including the Battles of Multan, Kashmir and the Frontier Province. Owing to his courage and influence over the Khalsa army, Sham Singh was nominated to the Council of Regency set up by Maharani Jind Kaur for the minor sovereign Maharaja Duleep Singh. During the first Anglo-Sikh war, he crossed the Sutlej, vowing to lay down his life rather than return in defeat. Following his death in the battle, Attariwala was cremated at his Attari village.