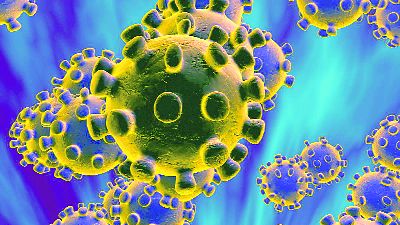 As frontline warriors, who were doubling up not only as law protector but also relief provider, the cops were most likely to get infected. And so it played out for ASI Ashwani Kumar, In-charge Court Complex chowki. However, apart from positive attitude, his family and other close associates were pillars of strength as he overpowered the virus. He goes on to share…

“I was having fever and bodyache for past three days before orders came to get tested conducted on all SHOs and chowki In-charges. I did not bother about fever and kept working in the field even after medication mistaking them as symptoms of viral fever,” Ashwani says.

He was posted at the Court Complex chowki under whose jurisdiction came Deputy Commissioner, Sub-Divisional Magistrate offices that witness protests by different groups every now and then. Come June 25, he had tested positive.

“This came as a shock to family. Immediately, I asked them to maintain a safe distance from me,” he tells. The tests were also conducted on the family members and they were advised home quarantine. “I was packing up for admission at a private hospital for treatment. My family was worried and grieving after they came to know that I was leaving for hospital,” the ASI adds.

It was not long when Dr Sukhchain Singh Gill, Police Commissioner, rang him up to inquire about his health. Then, things took a wicked turn -- the private hospital he was heading for, had stopped admissions following a controversy. Following this, the Police Commissioner had arranged an ambulance for him to get admitted in a Meritorious School where isolation centre for cops had been active.

“The day I got there I decided not to allow the fear of virus take control over my mind and keep the positivity levels up and running. I also found some of my colleagues receiving treatment at the isolation centre,” he says.

As soon as his close friends came to know about the news they visited him. “I expreimented with some Ayurvedic immunity booster provided by a friend dealing in Ayurvedic medicines, while Prof Sunil Sachdeva, former vice principal of DAV college, would visit me daily even though I requested him not to come, but he wanted to assure I was in the right frame of mind,” he narrates, before adding, “This is the time when you come to know who your real friends are.”

In addition to this, he and his colleagues started doing Yoga and breathing exercises that pumped their oxygen level and strengthened will power to fight the virus.

“After winning the battle, I joined my duties by the end of July,” the ASI says.

He will now be donating plasma for recovery of other patients. “When doctors informed me that I can help others by donating plasma , I did not think twice. After necessary tests and formalities I would be up to the task in a day or two,” he signed off.

As told to PK Jaiswar