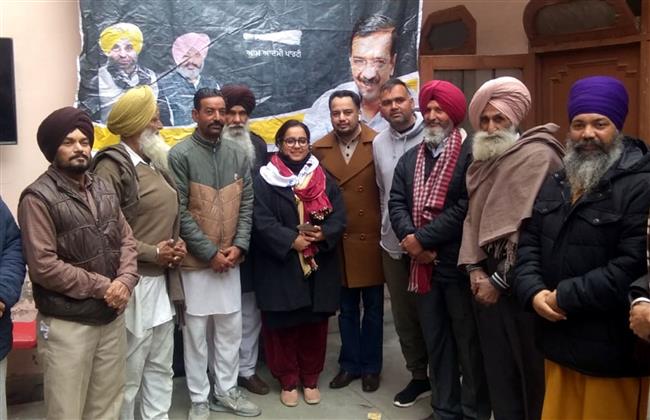 While major political parties are relying heavily on their women representatives and volunteers to spearhead the election campaigns, the number of women candidates fielded by mainstream parties expose the gender parity promises in politics.

The women representation in previous polls remained around 10 per cent or less. Reasons why political parties shy from fielding female candidates show massive gender disparity. Jeevanjot Kaur, who is also the district president of AAP, has been quite vocal about demanding more women representation in political arena. She said: “It’s about time that political parties understand the concept of women empowerment, practically. With almost 49 per cent vote share, women are the most important electoral segment and the fact that they are now expressing their political opinions freely as ever, needs to be backed by giving more share to women candidates.”

Dalbir Kaur, who at 60, is contesting her first Assembly election, says that the reason not many women faces are seen on political front, especially in cities, is because politics is still considered a male-dominated area.

“Like many other fields, politics, too, comes with a lot of tags, mainly reserved for men to be used against women. I believe that women, everywhere, should also participate actively on political front and know their worth. I try to engage as many women volunteers during my campaigning.”

Both women have a tough task at hand, fighting opposite two political stalwarts. Jeevanjot Kaur will be facing sitting MLA and PPCC chief Navjot Singh Sidhu, while Dalbir Kaur will be taking on Congress veteran and deputy CM OP Soni in Amritsar Central.

Determined to win, Jeevanjot Kaur, a first timer, says that she cannot be underestimated. “I do not consider that being a celebrity face or star campaigner helps until you perform. In the last five years, Sidhu has been absent from his constituency, not being able to fulfil any of the promises that he made to voters. Amritsar East is among the most neglected areas in the city with people still struggling for basic amenities such as clean drinking water and proper sewerage disposal system. It’s a hub for drug abuse. It’s yet to cross the first stage of development that I would make it my priority,” says Jeevanjot.

During her door-to-door campaigns, she mostly engages with women. “The women in every household speak openly about what they need from their chosen leaders. It gives me better understanding of the issues that need to be on my priority list.”

As for Dalbir Kaur, she has previously contested and won as an Independent candidate in the MC poll in 2012. She had then joined SAD after winning the councillors’ elections, but later joined the BSP. Relying on Dalit votes, Dalbir says that anti-incumbency would work in her favour. “The Dalit voters in the constituency have become disillusioned with the Congress. For long, there has been no women representation and Dalit representation from the constituency and I believe that these two factors can work in our favour,” she says. Her poll priorities remain developmental issues. “Only a particular segment of Amritsar Central constituency has seen development in the past years. Issues such as clean water supply, good roads and sewerage problem is what we would work towards if elected,” she says. Dalbir is the mother of notorious gangster Bhupinder Singh, alias Sonu Kangla, who has been facing trial in many criminal cases.