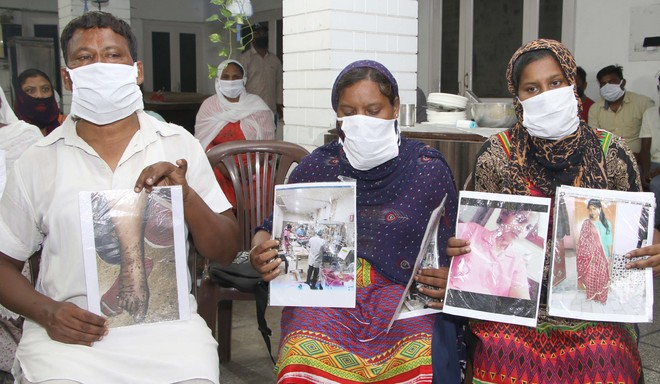 Family members of Jyoti Masih (21), who worked as a nurse at a private hospital, and died under mysterious circumstances two days ago, demanding registration of a murder case against the accused. They alleged that the police had registered a case against four persons for causing death by negligence act. They said there were injury marks on her neck and feet, which clearly indicated that Jyoti was murdered.

Danial B Das, director, Social Economic Development Programme, (Diocese of Amritsar Church of North India), said if cops fail to add murder charge in the FIR, they would be forced to launch an agitation.

Venus Masih, elder sister of the victim, said the police have failed to investigate the role of her paying guest.

The victim used to work at the hospital near Majitha Road bypass. It was alleged that she had committed suicide by injecting some poisonous substance.

Following the statement of the victim’s family, the police had booked four persons, including Gurpreet Singh, Sanjay Sharma manager of the hospital, his wife Kirti Sharma, Munish Kumar, all employees of the hospital.

William, father of the victim, said Jyoti was working in the hospital for the last two years. She used to live as paying guest at a hostel in Greenfield area on Majitha Road. The victim was having sharp injuries on her feet and an empty injection near her body. It appeared that she was injected poison, which led to her death, he alleged.