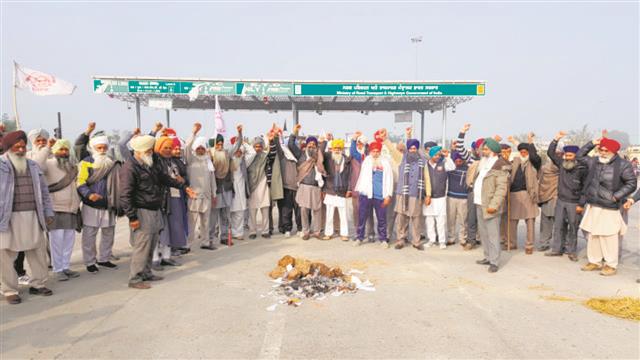 On the occasion of Lohri, farmers, mazdoors, employees and other sections of society on Wednesday staged a protest against the Union Government by burning copies of the farm laws in over 500 villages of the district and in urban, semi urban areas too.

Some protesters staged a dharna at the toll plaza, Usman, and burnt effigies of Prime Minister Narendra Modi and corporate honchos Mukesh Ambani and Gautam Adani.

Farmers and other organisations under the leadership of the Press Club, Chohla Sahib, organised a conference and warned the Union Government against its dilly-dallying tactics just to harass the farmers.

Balbir Singh Parwana, president of the Press Club, said the agitating farmers and other sections of society had decided to jointly protest against the indifferent attitude of the Union Government.