Mandi Board sets up counters to check moisture content in grain 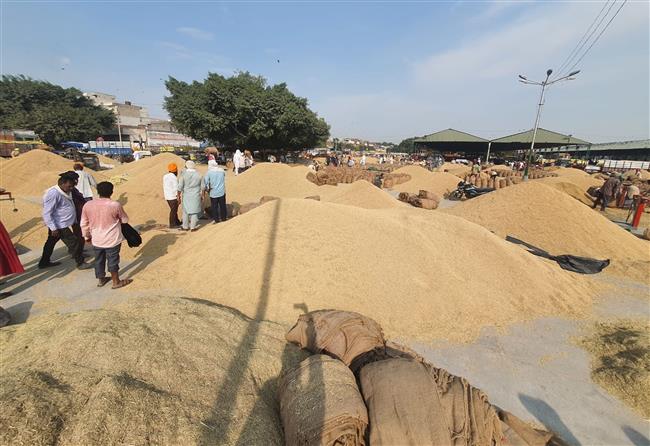 Agricultural produce has started arriving at the grain markets in the district after the government procurement of the non-basmati paddy varieties began on Saturday.

Formally inaugurating the procurement process at the Bhagatwala Dana Mandi, Cabinet Minister Harbhajan Singh said special barriers had been set up at state borders to check the influx of paddy from other states.

He said all arrangements for procurement of the crop had been completed and farmers would not face any problem. He said farmers should bring fully ripened grains so that they do not have to wait at the markets. The Mandi Board has also set up counters to check the moisture content in grains before a tractor-trailer enters the grain market.

The government had fixed an MSP of Rs 2,060 for Grade A quality grains and Rs 2,040 for common variety grains.

The district agriculture officials stated that though the procurement has begun, harvesting would pick up pace only in the second week of the month as the crop had not fully ripened yet.

“At present, the crop is being harvested mostly by vegetable growers who are in a hurry to sow seasonal vegetables. Moreover, the moisture in the grains coming to the market is presently more than the prescribed limit,” said an official.