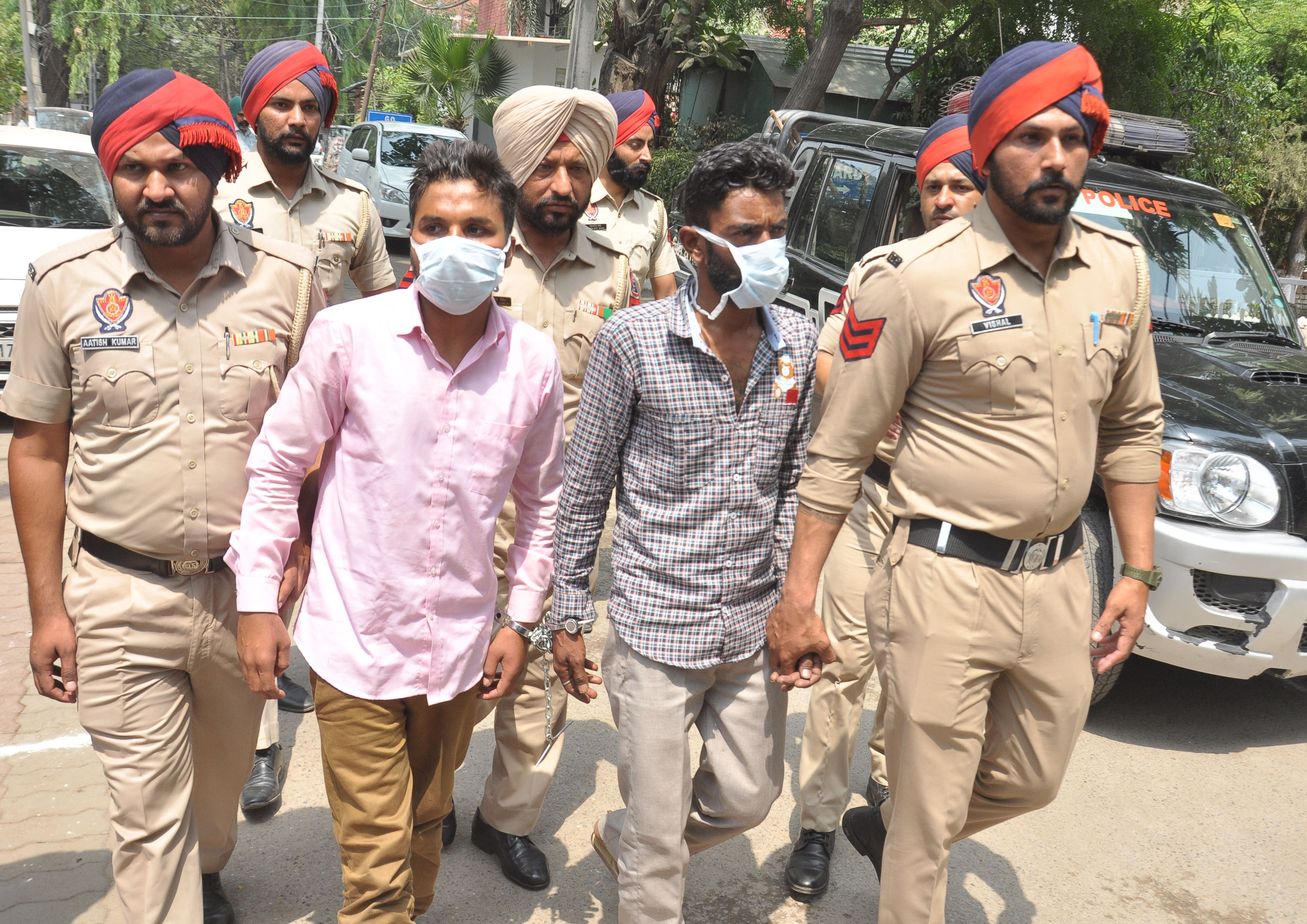 The accused in the bank robbery case in custody of Amritsar police.

With the arrest of two suspects and recovery of the stolen money and weapon, the city police claimed to have busted the bank robbery of Rs 5.72 lakh committed at Central Bank of India, GT Road branch, here on Wednesday.

The police also recovered a .315 bore gun, a toy pistol (used in robbery) and Rs 2.44 lakh from the arrested persons.

The police claimed that the Commissioner of Police had constituted separate teams to trace the robbers. With the technical investigation, the police nabbed the accused within six days.

Police Commissioner Arun Pal Singh said, “Four masked armed men robbed the Central Bank branch located opposite The Mall of Amritsar after making the staff hostage in broad daylight in Amritsar on May 6. The armed robbers took away around Rs 5.72 lakh from the bank branch in the city. I have constituted the teams and they worked hard to solve the case.”

The key accused, Charnajit Singh, is a dismissed police officer and a habitual criminal. He is already facing four cases of theft, robbery and under the Arms Act. Both his sons are also facing several criminal cases. Sarpargatjit Singh has been facing five cases and Jermenjeet Singh two in various police stations of the state.

“The absconding accused would also be arrested soon. Our teams have been raiding their probable hideouts. We are expecting more recovery with their arrest. The investigation is going on,” said the Commissioner of Police.

The Commissioner of Police stated that the bank branch targeted by the accused had deployed no armed security guard. As there was no other shop near the bank, they targeted it in broad daylight.