A dentist, family were held hostage at gunpoint a week ago 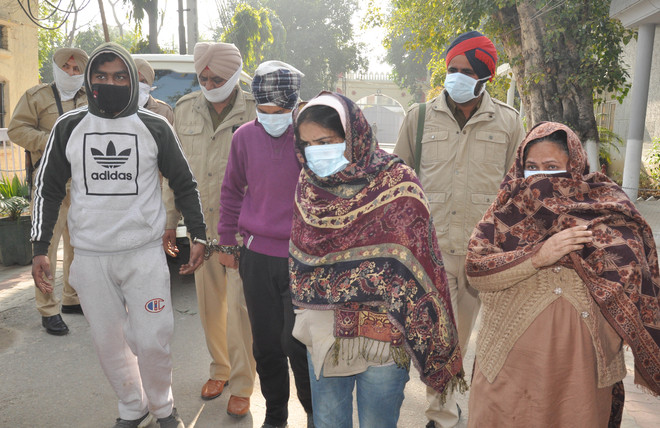 Four persons, including two women, were nabbed in connection with a robbery incident on Tuesday.

The city police have cracked the robbery case in which several armed persons held a dentist’s family hostage and robbed them a week ago. The police have arrested four persons, including two women, in the case while three of their accomplices are still on the run.

The incident occurred in the posh Shastri Nagar locality in the Lawrence Road area here on January 6 when the victim, Dr Shivangi Arora, and her family was at home. Dr Shivangi was in her clinic located in the residence. Two of the accused had come on the pretext of treatment of a person. Later, their two more accomplices barged into the house and tied Dr Arora and her helper Priyanka and then held her mother-in-law and children along with Dr Shivangi’s helper Priyanka hostage at gunpoint. They later decamped with jewellery and lakhs of rupees from the house. While escaping they forgot gloves and a datar at the clinic.

Deputy Commissioner of Police (DCP) Mukhwinder Singh Bhullar said Daljit Kaur used to work at the residence of Dr Shivani Arora as a domestic help several years ago. She, along with her other accomplices, had conducted a recee of the area a few days ago before committing the crime.

He said their other accomplices — Daljit Kaur’s husband Dildar Singh, Vikramjit Singh TT and Gurmeet Singh — were absconding and raids were on to nab them. Bhullar said Vikramjit TT had several criminal cases registered against him in Madhya Pradesh.

He said the police had also detained Gorakhnath, a goldsmith, who originally hailed from Maharashtra, following the interrogation of the suspects. He had melted around 208gm of gold given to him by Vikramjit Singh. If his involvement was found in the case, he would also be nominated in the FIR.