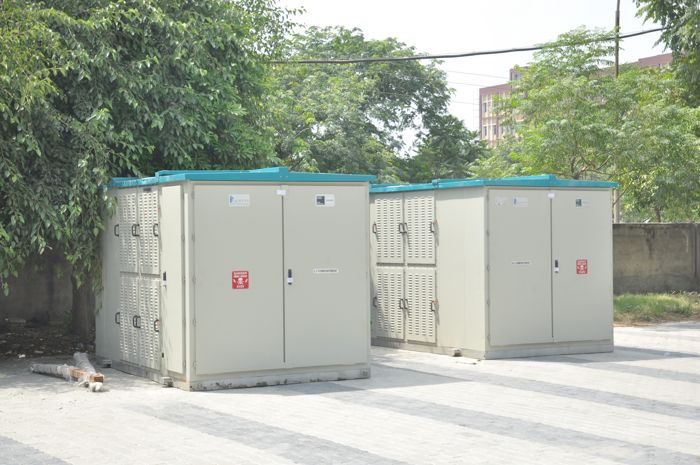 Two new dry transformers were installed to supply power to the Guru Nanak Dev Hospital on Sunday after the massive fire incident at the GMC building on Saturday.

Earlier, the hospital had transformers which contained oil. It has been found that the oil from the transformers had leaked and caused a major fire accident.

He said the two new transformers of 500 kW each are the latest technology dry transformers, which would rule out any future chances of oil leakage and hence fire accidents.

The minister claimed that he had given a proposal to the Chief Minister to install dry transformers after the Saturday’s fire incident after getting the approval from him. The machines were dispatched to the GMC and the installation was started on Sunday morning.

He said though the power to the hospital was being supplied uninterruptedly even after the fire breakout, the new set up would ensure better services.

He said no negligence on the part of any employee had been found out so far. He said the only known reason for the accident was the old transformers.

Amritsar: A prominent grocery store ‘Baniyan di Hatti’, near the 100 FT Road intersection on the local Sultanwind Road, caught fire on Sunday evening. Goods worth lakhs were gutted in the incident. As it was Sunday, the shop was closed. Shop owner Anil Kishore said around 6.30 pm, he got an information that smoke was billowing out from his shop. A fire tender from Seva Society, Fire Service, Dhab, and two vehicles from the municipal fire department reached the spot. The owner claimed that he was observing power fluctuations for the last two-three days, which could have been the cause behind the fire. Anil claimed that he even lodged a complaint with PSPCL over the phone. Meanwhile, SHO, Police Station B-Division, Navdeep Singh Gill, said police action was initiated after receiving information about the fire and police officers were deployed to control the traffic in the area. TNS