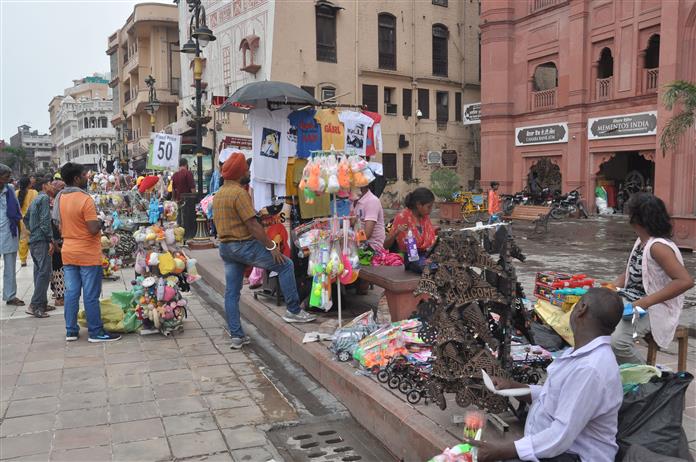 The officials were strictly told to provide all basic services to residents on time.

The Mayor and Commissioner asked Superintending Engineer Anurag Mahajan about the activities being done by the O&M Department. Mahajan said the department was facing staff shortage and secondly due to sewer system being affected due to digging of roads by various companies under their projects, the problem of contaminated water was being reported, but these complaints were being immediately resolved by the field staff and clean drinking water was being continuously supplied to the city dwellers.

“Besides, the roster wise sewerage lines are cleaned in every area with super sucker machines and jetting machines so that the city dwellers do not face any problem during the rainy season,” he added.

During the meeting, the Mayor said the Municipal Corporation, Amritsar, had spent crores to develop roads and sewerage, but the development of the city was being affected by the projects of private companies. Therefore, the departments concerned were asked to refrain from issuing no-objection certificates to these companies.

Instructions were given to the MTP Department that no illegal construction should be allowed in the city and actions should be taken within the ambit of law.

On the issue of temporary encroachments on Heritage Street, the Estate Department was instructed that lakhs of pilgrims come daily to visit the religious and historical places of the city, but illegal encroachments were tarnishing the image of the Municipal Corporation, on which the Commissioner ordered the Estate Officer to remove these illegal occupations permanently with the help of the police department as well as SGPC officials.

The Mayor and Commissioner instructed the Health Department to keep the sanitation system of the city clean. They said the work being done by the sanitation staff was commendable, but more effort was needed to bring the city to top number in the country in terms of cleanliness.

At the end of the meeting, the Mayor and Commissioner said a separate meeting would be held for each department to review the development works of the city and asked the Civil and O&M Departments to prepare and submit the pending cases for approval of the committee in the meeting of the finance and contract committee which will be held in the coming days.