For the vulnerable groups, additional support in terms of skill development and training will also be provided 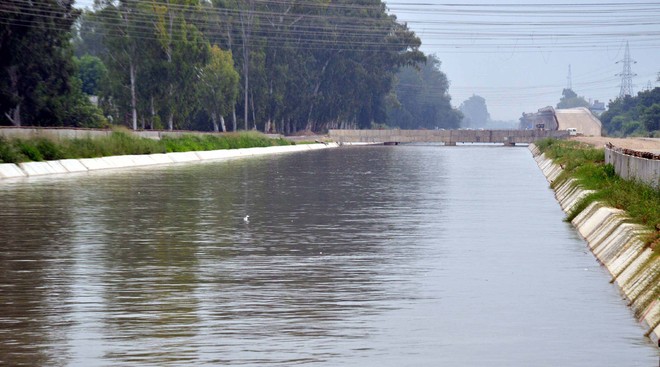 The Punjab Cabinet on Wednesday approved a US$ 285.71 million project for canal-based water supply for Amritsar and Ludhiana cities under World Bank financing.

The International Bank for Reconstruction and Development (IBRD) would finance US$ 200 million (70%) and Punjab Government US$ 85.71 million (30%), as per the proposal mooted by the Local Government department for the adoption of Resettlement Policy Framework (RPF) under Punjab Municipal Services Improvement Project.

A decision to this effect was taken in a Cabinet meeting chaired by Chief Minister Captain Amarinder Singh held through video conferencing.

The project would have four components including strengthening urban and water supply service management with a total cost of US$ 11.61 million, improving water supply infrastructure at US$ 240.38 million, besides Land Acquisition and Rehabilitation & Resettlement involving the cost of US$ 15.62 million, COVID-19 crisis response to the tune of US$ 10 million and project management at US$ 7.6 million, in addition to Front End Fee of US$ 0.5 million.

The Punjab Government had, in June 2018, through Government of India’s Department of Economic Affairs (DEA), requested the World Bank to support Punjab for implementing 24X7 canal-based water supply projects in Amritsar and Ludhiana.

With Technical Assistance (TA) from the World Bank, the pre-feasibility reports were prepared for both cities in 2015 and updated in 2019, which proposed the need to migrate from rapidly depleting and contaminated decentralized groundwater sources to a centralized treated surface water source.

A spokesperson of the Chief Minister’s Office said that the RPF lays down procedures and measures to ensure adequate accountability and transparency in the process of assessing land-related impacts.

A fair process will be put in place for acquiring land and for compensating those adversely impacted due to replacement cost as described in ESS5 of World Bank, to improve or at least restore their livelihoods and standards of living to pre-project levels.

According to World Bank’s ESS5, involuntary resettlement instruments, i.e. the compensation, will be based on the replacement cost.

For the vulnerable groups, additional support in terms of skill development and training will also be provided.

The spokesperson further said that the entire engagement would be under the framework of the State Partnership between the Punjab Government and the World Bank.

Additionally, the project would extend flexible just-in-time resources and capacity support to the Punjab government and Municipal Councils across the state to tackle some of the critical challenges arising from the COVID-19 pandemic, especially strengthening city-level response and focusing on frontline service providers.

The land requirement for construction of Water Treatment Plants (WTPs) along with treated Water Collection Tanks and Pumping Stations close to the canals in Amritsar and Ludhiana stands at 40 acres and 50 acres respectively.

In Amritsar, the land has been acquired along the Upper Bari Doab Canal (UBDC) of village Vallah by the Land Acquisition Collector through a negotiated cost of Rs.36.40 crore. In Ludhiana, the land has been identified near village Rampur and the acquisition through negotiation is in progress.

No additional land requirement is envisaged for transmission network as alignment is to be along roads and right of way from the WTP to Overhead Service Reservoirs (OHSRs).

The OHSRs/Under Ground Service Reservoirs (UGSRs) shall be constructed in the available public land belong to Municipal Corporation and other Government agencies.