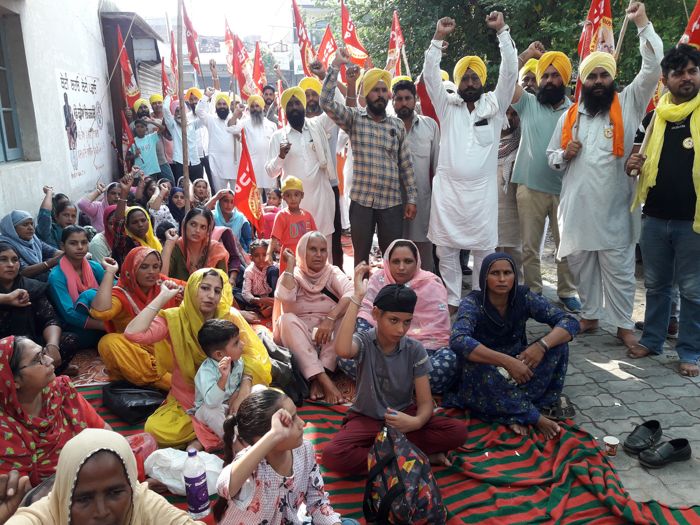 Employees stage a dharna along with their family members in Tarn Taran on Thursday. Photo: Gurbaxpuri

Contractual employees of the Punjab Water Supply and Sanitation Department lodged a protest against a letter issued by the Head of Department (HOD) recently, in Tarn Taran on Thursday.

Members of the district unit of the Jal Supply Contract Workers’ Union, Punjab, initiated a two-day dharna in front of the office of the department XEN here.

Family members of the agitating contract workers too participated in the dharna. The union has been protesting a letter issued recently by the Head of the Department (HOD) to deprive the workers of the benefits of their years-long services tendered with the department. The union is demanding the release of their three-month salary withheld by the department.

Union leaders Gurwinder Singh and Kuldeep Singh Virk addressed the protesters on the occasion. The leaders said according to the letter issued recently by the HOD, all new and old employees would only be given the initial pay and the old employees would be deprived of their service benefit.

The leaders said previously, the enlisted/outsourced employees were getting salary under three categories — with zero to five years, five to 10 years and over 15 years of service. The leaders stressed to restore the old structure of their salary.

The agitating workers would remain at the dharna site at night too and have made arrangement for their meal at the site.