Rajit Kapoor gets candid on his love for Amritsar, theatre 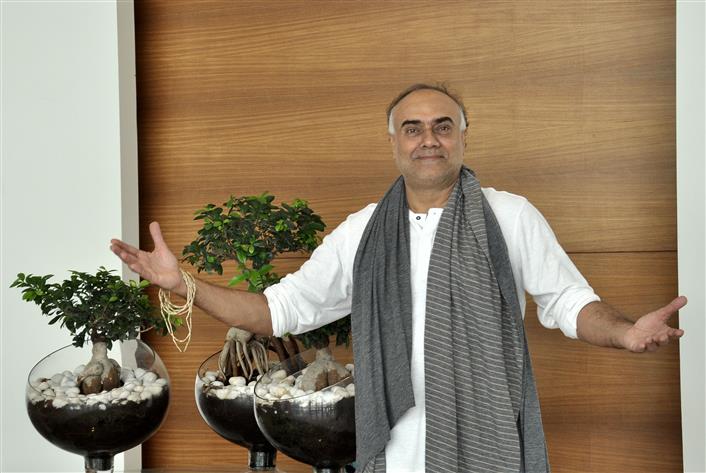 Ask Rajit Kapoor if he prefers films over theatre and he will gladly choose the latter without thinking twice. A name to reckon with in the Indian theatre scene, Rajit Kapoor had an emotional performance on stage as he presented his play 'Siddhus of the Upper Juhu' at Punjab Naatshala in collaboration with Phulkari-WOA’s theatre company, Theatrewallahs. While the performance received rousing reception, for Rajit what was overwhelming was his homecoming.

“I have been planning to do a theatre performance in Amritsar, my birthplace, for the last 15 years. I had once (long back) performed a play here at Guru Nanak Stadium near the bus stand when there were no proper theatre spaces in the city. After watching shows at Punjab Naatshala, I thought that I have to do something here,” he shared. Rooted to Amritsar, he shared his memories of spending every summer holiday with his family here.

“My daadka was in Dhab Khatika and my naanka was near Lohgarh gate. So, all my childhood spent amid the family, friends here though most of them have now flown away from the nest. From doing the basic thing like going to Darbar Sahib and catching up with family every time I am here, I would now love to perform more plays here,” he said.

Rajit, who has been part of the celebrated trio of actor Shernaz Patel and Rahul Dacunha, giving acclaimed plays like Love Letters (India’s longest running theatre play) and The Siddhus of Upper Juhu, has also been deftly expanding theatre scene with quality productions. “The idea is to not just promote theatre through performances, but also train the next generation of writers, set designers, actors and so many artistes in theatre to sustain future of the industry.”

A true-blue theatre wallah, Rajit is big on the idea of preserving theatre spaces, as he calls the revamping of Tagore theatre a ‘destruction of the original structure’. “There are no dedicated spaces left for theatre, as most of them have perished or transitioned into big auditoriums and concert halls. Such spaces are not suited for theatre, a music concert maybe, because they lack intimacy with audience.” Happy on the gradual revival of audience for theatre plays, he shared that it would still need another six months of a year to get back on the road to normalcy, financially. “I would agree to the fact that theatre needs support and recognition. It might be an issue that is far behind on the priority list, but it needs to happen.”

He will soon be travelling to Japan to stage his play The Siddhus of Upper Juhu. “Pandemic has been a learning experience for me and others, trying to figure out what we value most. I picked up walking. Similarly, the play itself is a reminder of the lessons that we need to learn amid the fast-paced city life.”

On exploring options on OTT platforms, he said, “This year my focus is theatre and I want to work in development and promotion of theatre.”

Sharing his love for languages, he has just completed a short Punjabi film titled “Birha” based on migration. “It’s a burning issue in Punjab and so relevant. It has been screened at some festivals. I would screen it here in Amritsar soon,” he said.