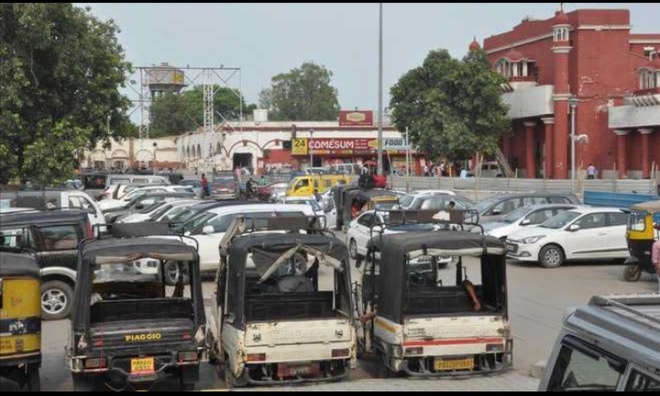 The suspension of train services has resulted in a huge drop in the number of their clientele and tourists in the city. Tribune file

Since the introduction of the lockdown in the wake of the Covid-19 pandemic, they were unable to earn customers and money. The suspension of train services has resulted in a huge drop in the number of their clientele and tourists in the city.

As per a rough estimate, about 35,000 autos are operating in the city and due to the pandemic the families of these auto drivers are struggling for their livelihood.

Harpal Singh, president, Auto Drivers’ Union, said there were about 35,000 auto drivers in the district who earned their livelihood for about their 1.50 lakh family members by taking pilgrims and tourists to their destinations.

He said with the suspension of passenger trains, tourists could not come to the city, which had created an economic crisis for the families of these auto drivers.

Harpal said after the lockdown, most of the auto drivers were forced to sell fruits and vegetables in their autos or to do other works to feed their families. He stated that they had just started regaining business and then passenger trains were had to be suspended again due to the ‘rail roko’ agitation by farmers, which prolonged their economic hardships.

The president thanked Chief Minister Capt Amarinder Singh for his concerted efforts to get train services resumed in the state. He also thanked the farmers for lifting their dharna on the request of the Chief Minister. “We are hoping that with the resumption of train services, our business will once again flourish as passengers will start coming to the city in a large number,” he added.

Before the lockdown, the holy city used to be visited by over one lakh devotees daily from all over the world.